Leaving you in the dust

If there is any Kings of War army that embodies chariots, it is Empire of Dust.  Thundering across the desert, revenant chariots pepper their opponent with arrows before smashing into them.  And for the first time, Mantic now makes Chariots for the Empire of Dust. 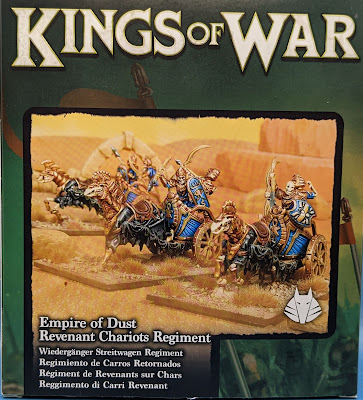 I was a little disappointed seeing that the three chariots in the box were identical after seeing the design sketch for them. 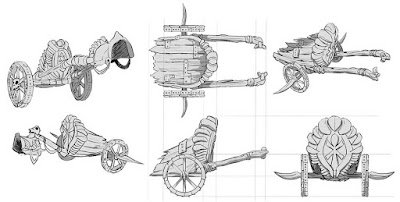 Removing the scythes makes them easier to rank up, but I would have liked to have the extra armor to cover the saddles on the horses.
Each chariot comes with 3 spruelettes and a separate body. 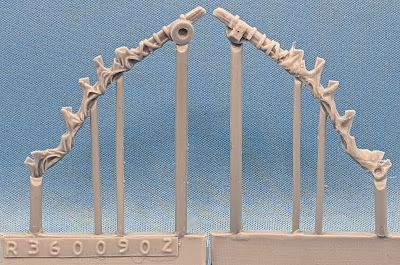 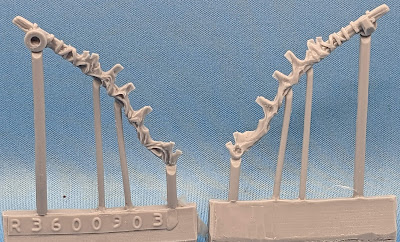 In addition, each box comes with an infantry and a cavalry sprue as well - you can see those here.
Having only five pieces, assembly of the resin pieces is pretty simple.  One thing to watch for are the wheels - they attach to the yokes, not directly to the body.  You may want to trim the pin on the wheel so that it fits the yoke flush. 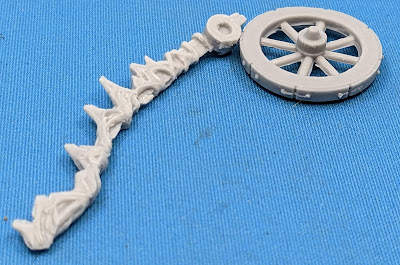 The wheel / yoke then attaches to the bottom. 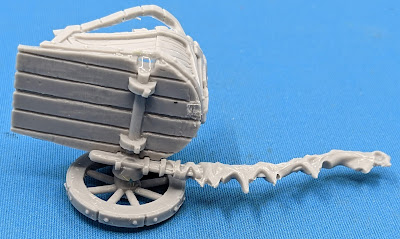 I did notice that the yokes, being long and thin, don't match the width of the horse bodies exactly, but a little hot water should enable you to match them up perfectly. 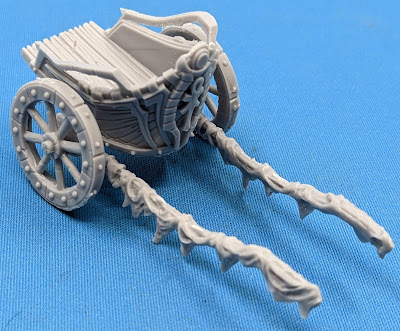 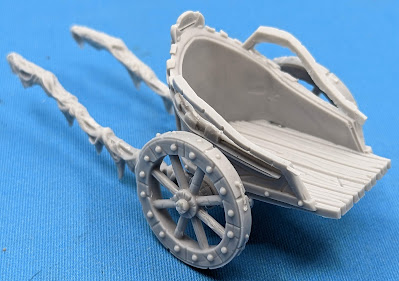 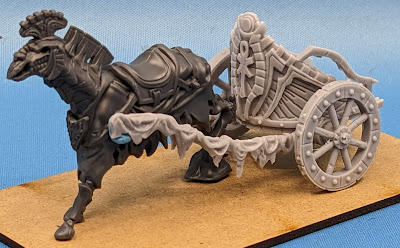 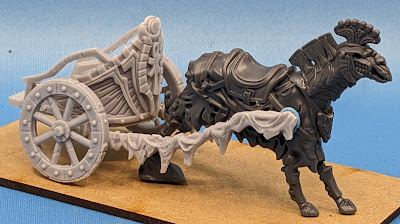 The crew use the infantry bodies, but the cavalry revenant heads, shields and spears. 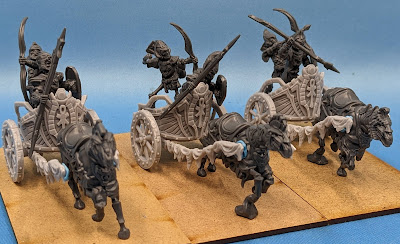 I still need to order magnetic bases from Shogun Miniatures to mount these on.  Also it is MUCH easier to paint the chariots, horses and crew separately.
It will be great to see the new hard plastic orc/ogre/goblin chariots coming out soon as well.