February 07, 2019
One of the extras you could purchase in the Vanguard Kickstarter was a new resin Dwarf Warband.  January saw the commercial release of this, but in addition to everything you could get in the kickstarter, they added something new. 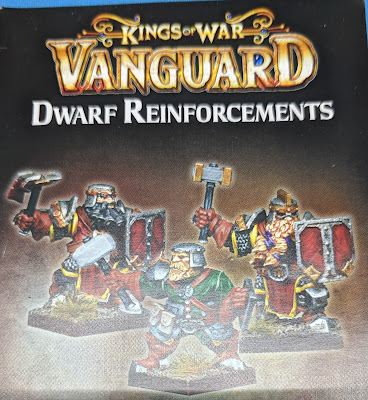 The Dwarf Reinforcements pack is a blister pack with three metal miniatures, and six cards.  The miniatures are two iron clad and one dwarf levy, and the cards are for these as well as two Brock Rider cards and a card for the Battle Driller (bringing the total number of units in Vanguard for the Dwarfs to 15 (though they still have only 2 command options as opposed to three for the other full releases).

So lets take a look at the models.

There are two ironclad bodies 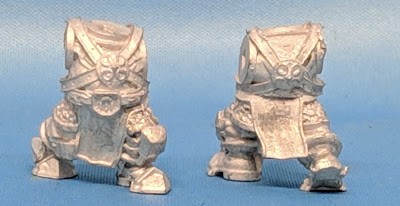 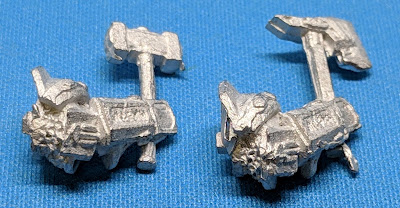 There are a total of 4 heads in the pack. As the IronClad are more experienced warriors, they (of course) get the bigger beards!  However all the heads fit all the bodies without any issue.

There is one levy body (not that he is wearing much less armor. 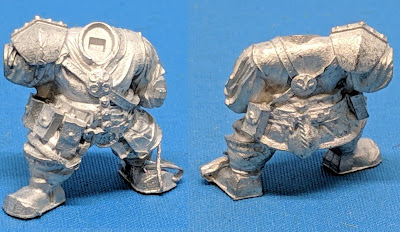 The levy model has a single left arm with a smaller shield, but your choice of two right arms - one with a hand weapon, the other with a spear. 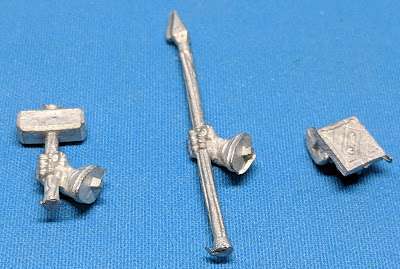 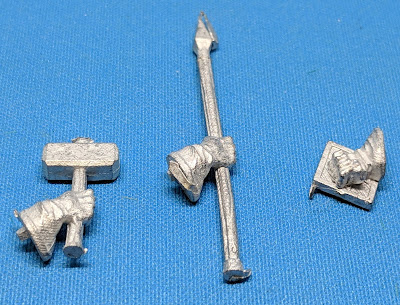 As expected from metal models, there is a bit of flash, but nothing that isn't easily taken care of with a sharp hobby knife.

Here I've put them together and added sand to their bases so they are ready for priming. 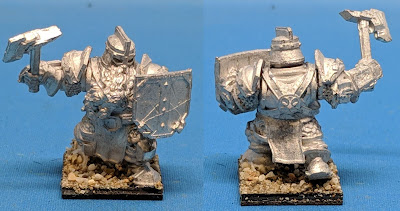 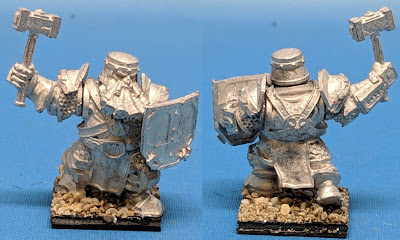 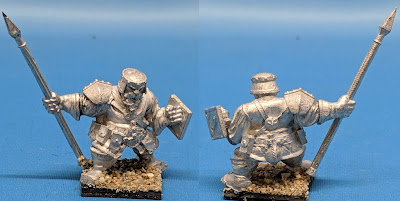 Of course, I had just finished painting up my Dwarf warband models, which just happened to include two ironclad and a levy with spear.  I thought it would be interesting to compare the older plastic models to these new metal ones.

First an ironclad with hammer 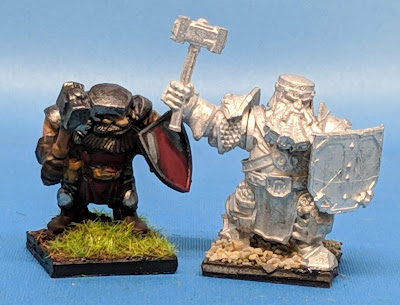 then an Ironclad with axe 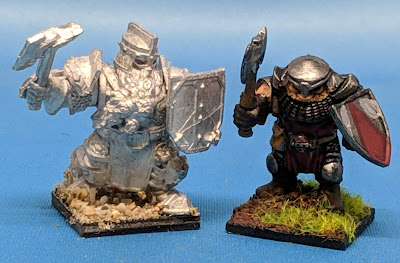 and lastly, the levy with spear 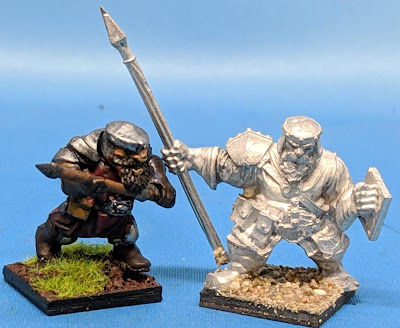 These will make an excellent addition to the dwarf warband (and for my demo warband, it will now have all new models (well once I get them painted up))

Because it is all fun and games . . .
Reactions:
#Dwarfs #KingsofWar #ManticGames #Vanguard