Covid sucks, we all know that.  Two years ago the world went to shit, and Adepticon was cancelled.  And then it was cancelled again in 2021.  But it finally is back - but instead of a year it has been a LONG three years since we have played in Chicago, and seen those friend we only see at Adepticon each year.

And that means the Clash of Kings was back, (or the Adepticlash as we like to call it).  We had 35 players for the event (though one dropped on Sunday). We had a pair of special guest - the past two winners of the UK Clash of Kings (with full Mantic armies) - Tom Robinson and Steve Hildrew.  A couple of great guys who really gave us yanks a run for their money.
Not only did we have the pair of UK players, but the inclusivity of the Kings of War community keeps increasing!
So on to round 1

After round 1, we took a lunch break and did the appearance judging

All the players also reviewed all the armies as they were set up, so they could vote for Player's choice and Best Ronnie Model.  Some of my favorite Ronnies:

Then Round 2 was on! 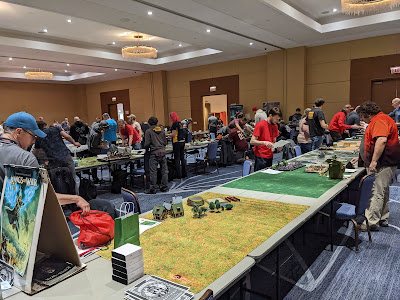 After a quick break, it was on to round 3! 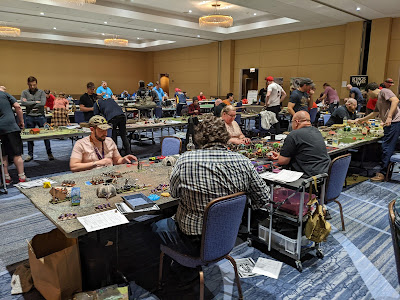 Everyone relaxed that evening, and then almost everyone returned for the second day.  Unfortunately Joe Cottrell had to catch his ride, so he couldn't stay.  That also meant that we did not need a ringer player (graciously played by Chris Langs on Saturday) for Sunday. 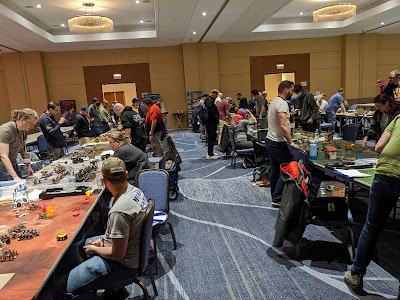 And round 4 was underway. 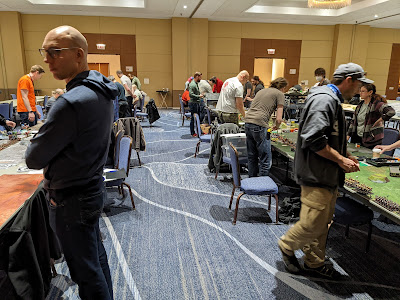 We gave the players a lunch break then while we tabulated the results.  TO Shannon Shoemaker gave out the awards.


Jeff won overall, and since he had a Mantic army, that means he also won the trip to the UK for Clash of Kings in October.  (He actually had the highest score of all the mantic armies, but we only give one award per person).  I was pretty happy that the actual top player had a Mantic army, and not having to go down to 5th or 6th place to get someone with a Mantic for their list.
Full results are here.
Jeff's army was fairly cool, so I took a few extra pictures of it 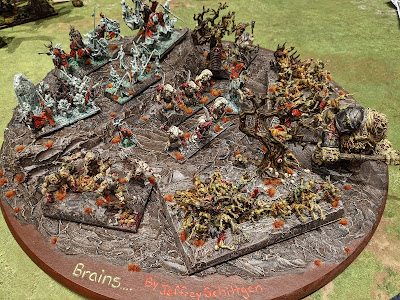 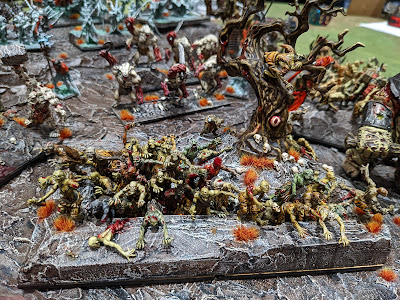 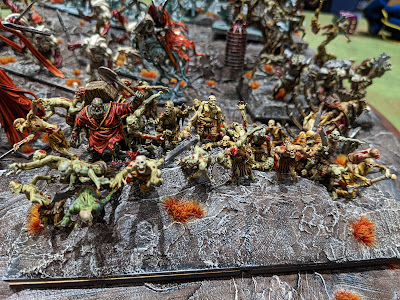 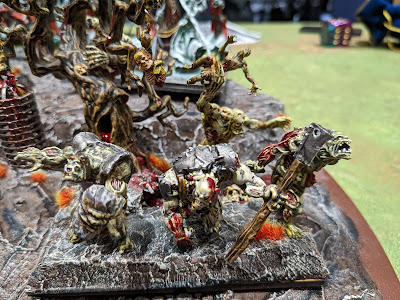 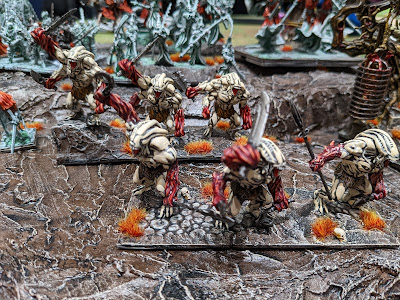 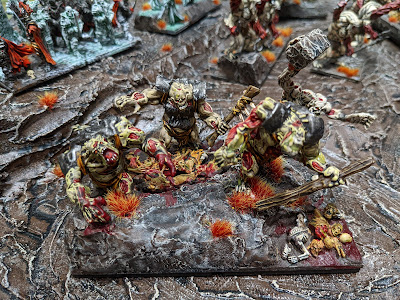 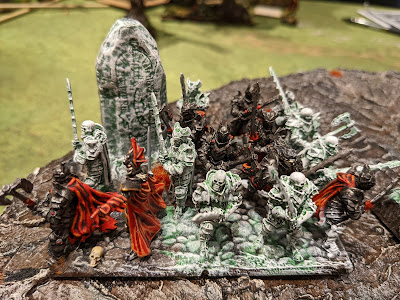 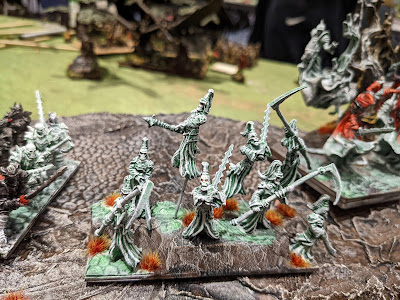 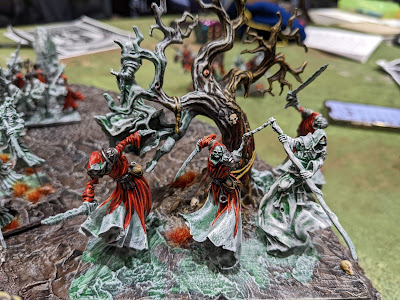 We were all very happy to get back to Adepticon, and look forward to an even bigger event next year!
And we did have an impromptu speed tournament (pictures of that to come), we hope to add it to the schedule next year, bring back the very popular team tournament, and maybe have a special event with next year's UK Champion!