Right before the world decided to take this wonderful trip in a handbasket, Indy Storm was the last regional tournament before everything shut down.   Last year they tried to have mini "storm cells" for individual tournaments, but we still weren't ready.  This year they tried to bring the entire convention back, but again this damned disease caused issues (not directly, but the hotel was being renovated "back" to normal after being used to house semi-quarantined electrical workers.  But this year, we did have a successful Kings of War Indy Storm "Cell" tournament.

I made some trophies with my handy 3D printer 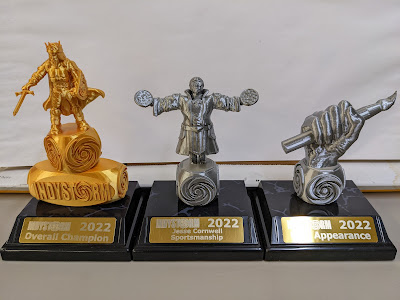 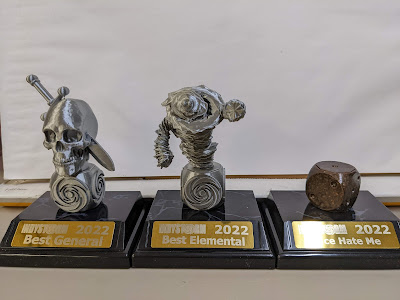 Plus the Indy Storm folks gave us a cool engraved beer mug, and special storm elemental unit for the winner. 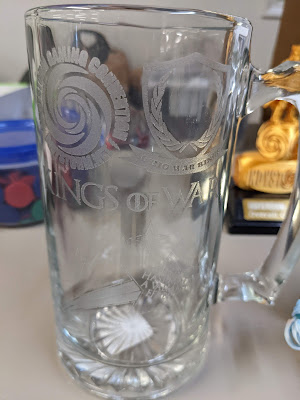 Not only were there trophies, but Mantic provide gift codes for the winners, and Ohio War Kings provided door prizes to everyone that didn't get a gift code, so everyone walked away with something cool.
Unfortunately while we had 20 people registered, by the day of the tournament we lost 6 players, but 14 is still a respectable number these days.
Round 1 started on time 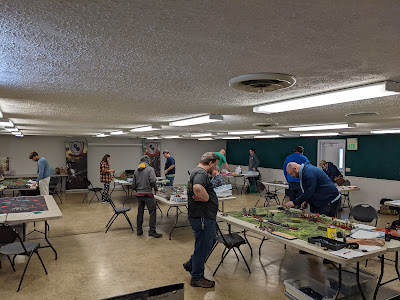 We had a break for lunch, where everyone set up their armies for judging and voting.  (I don't think the Wendy's in Lebanon IN was quite ready for the drive-thru order they got from us :-) ).


To make this a bit unique, every player brought a storm elemental model (with a special profile) and special abilities that changed each game.  Plus the players voted on the best model.

After lunch, round two got started. 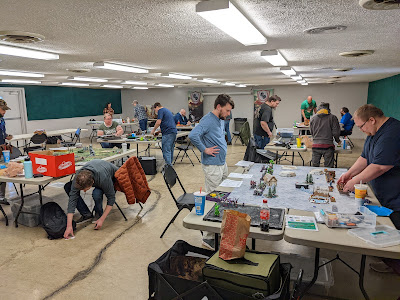 Then we started round 3 right on time 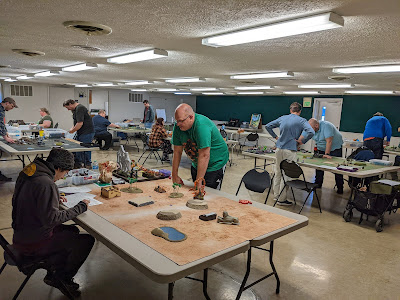 After a good nights rest, we got back at a bright and early 9:30 am to start round 4. 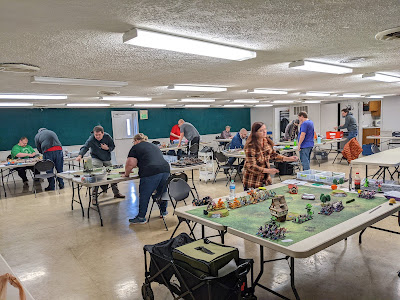 Unfortunately after round 4 we lost a player, so I stepped in to get my butt beat :-)
There was a quick lunch break with free pizza and drinks for all, and then started the final round!
Round 5 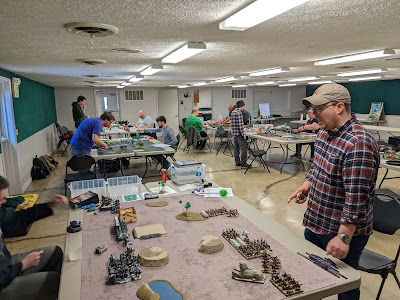 And with that, it was all over but the cheering (and weeping).
Dice Hate Me: Austin Lesh  - Star Saga game, new dice, wound cards 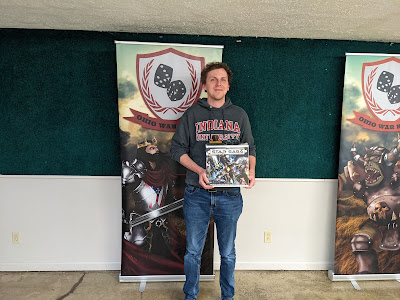 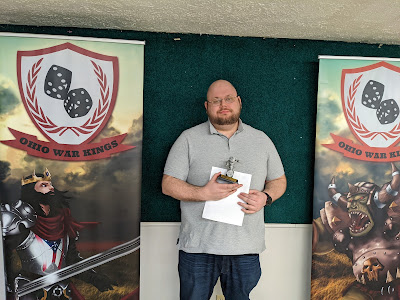 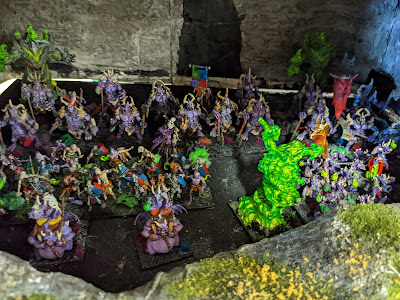 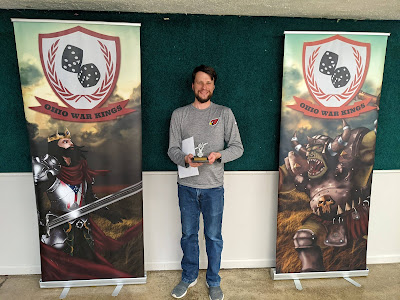 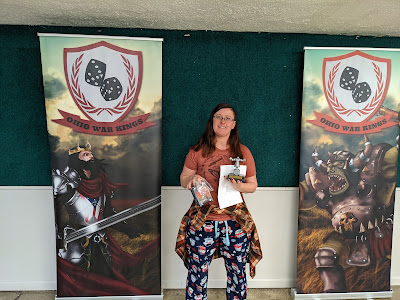 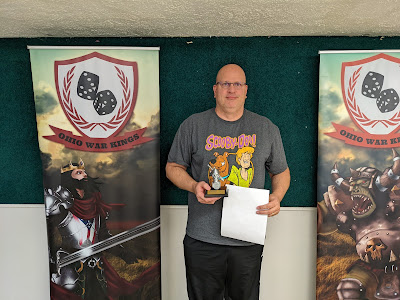 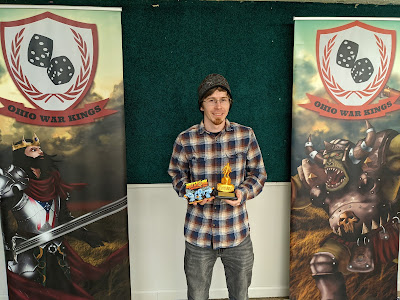 A full breakdown of each round and the final scores is available here.
So overall a great weekend.  Things went extremely smoothly, to the point that while next year we hope to have the full IndyStorm convention, we are considering using this venue for a tournament again!  There was really only a single hitch when we lost a player.
Next up in six weeks is Adepticon in Chicago!
Because it is all fun and games . . .
#BooneCounty4HFairgrounds #IndyStorm #KingsofWar #ManticGames #Tournament