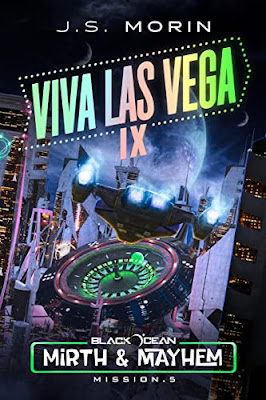 The newest adventure of Carl and Brad Ramsey and Mort has arrived for fans of the Black Ocean.  Unfortunately it seems to be the weakest entry of a weak series, suffering from a serious case of prequel-itis.

The problem with prequels is that you already know the final outcome - the main characters are in no true danger - because you know the adventures they will have later.  You can't introduce something totally new, because it doesn't exist in the books that happen later, and you can't truly change any of the main characters, because they also exist.

In addition, it seems to be about a fairly uninteresting time in the characters lives.  Most peoples teenage years are, in the end, not all that exciting (well, they are for those living them).  Things tend to get much more interesting when you get older.  The first mission pack worked, seeing the earliest years.  But I'm not that interested in more of the same of that - I want to see some of the other back story that was hinted at in the main series - when Brad becomes a true pilot - and his days forming the friendships that later are shown in the main books.  His first marriage would also be a good story.

This doesn't even give me the usual cinematic feel that I get from Morin's other books - really feeling like a filler episode (but at least it isn't a clip show - i.e. all flashbacks to things we have already seen).  Knowing the structure of the various Black Ocean series, I would expect that we will get three more similar books to make up this mission pack.  I hope that it picks back up to it's usual standard.