While Theodore Roosevelt said to "Speak softly and carry a big stick", sometimes a stick just isn't enough.  So how about a big stick and a gun, both carried by a troll!  The new Mantic halflings have Forest Troll Gunners - big, mean, ugly monsters carrying halflings with long rifles on their backs! 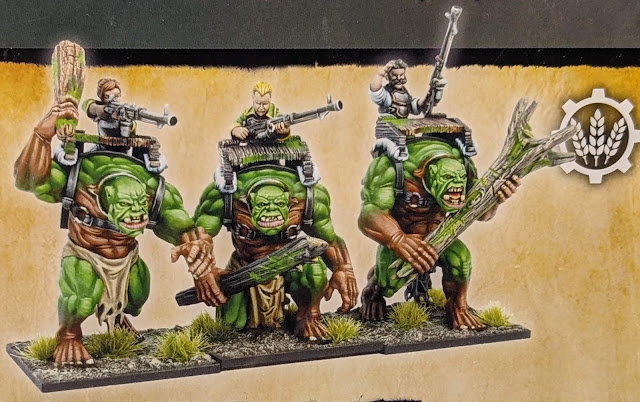 This is a resin kit that makes three forest trolls.  The platforms and gunners are separate, so if you wanted to use them a plain Forest trolls you could as well (and get three halflings with rifles for your force).

The first one is 4 troll heads - I was pleasantly surprised by this - it gives some nice variability (and they look to be compatible with the harvester for more variety if wanted). There is a sprue of two torsos

And one of a torso and a leg 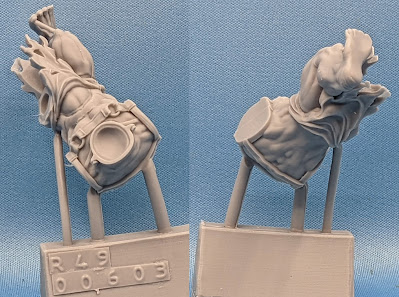 Then there is a pair of legs/hips 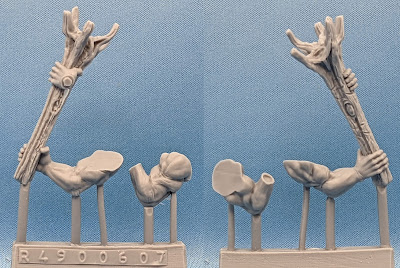 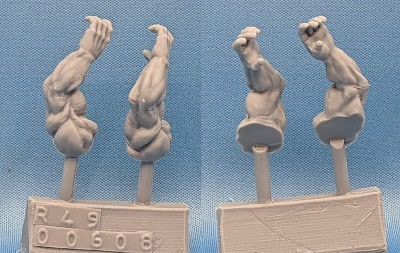 A set of hips and a kneeling right leg 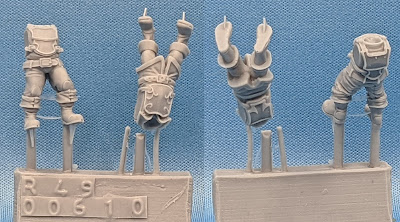 A pair of heads and arms

A third halfling body with a head and half a rifle 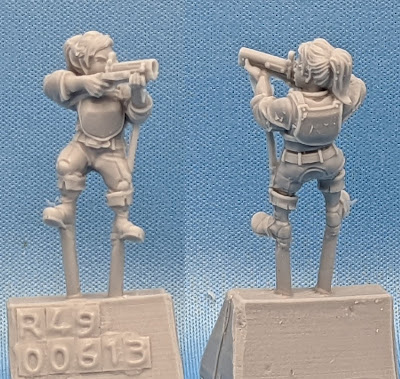 Parts of the platforms

And the rest of the platform parts

I was not able to find any difference between these parts - which makes me wonder why they didn't just cast three of R4900615 - it would still be three spruelettes, but (I would think) only need the one master.  But then I don't know anything about sculpting or casting, so I could just be talking out of my a$$ on this one.

The bodies all fit specific hips/legs -  you can see this on the joints for the hips and legs - each will only fit one set. 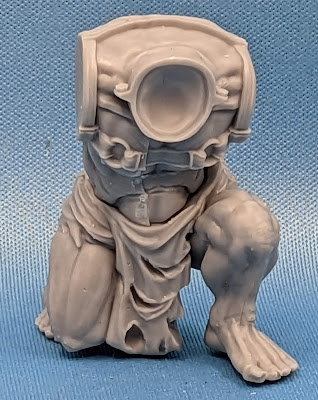 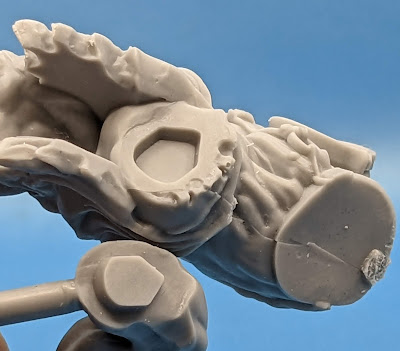 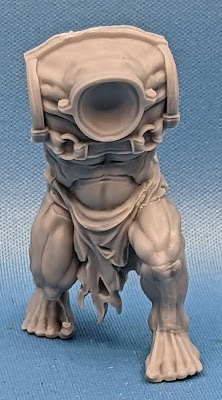 This makes putting the bodies together pretty simple as there is only one way they fit.  For those who want more variety, I don't think the bodies are the way to get it - instead swap out arms and heads for that. 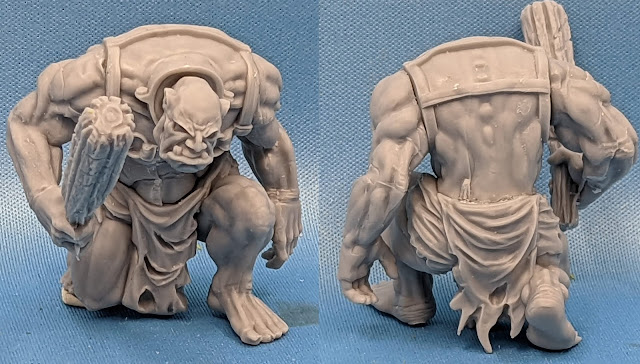 The halflings are easy to assemble as well.  The female body has half a rifle, so has to use the matching arm.  The two male bodies can switch heads and arms as desired. 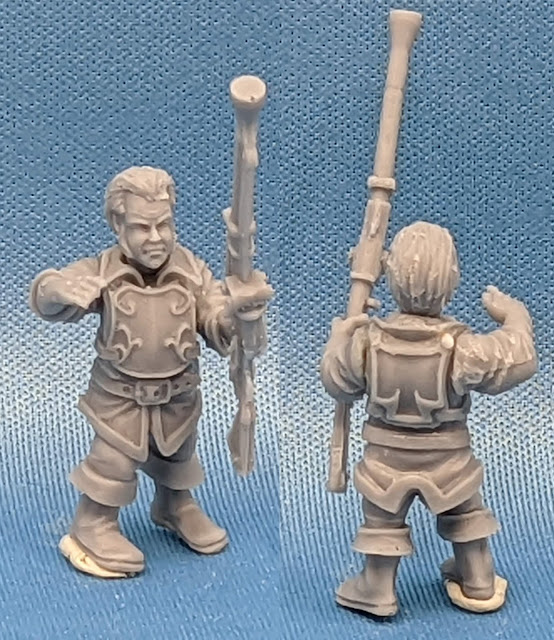 The platforms, as I mentioned are all identical, sit easily on the shoulders of the trolls. 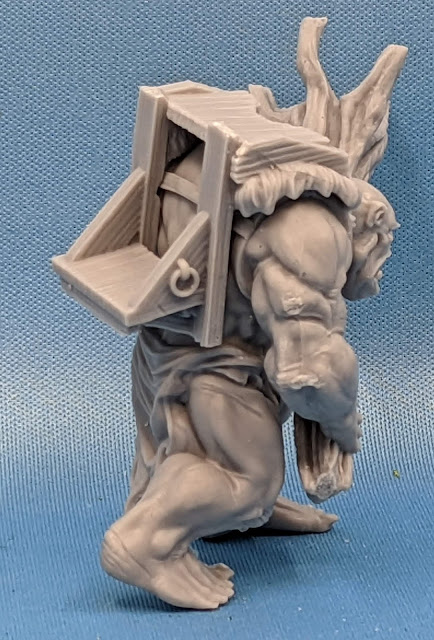 This is nice so you can paint them separately before the final assembly - or maybe pin or magnetize them if you want the option to field these as plain forest trolls (instead of the gunners).
The gunners fit on the platforms then.  You can interchange the gunners between trolls as desired. 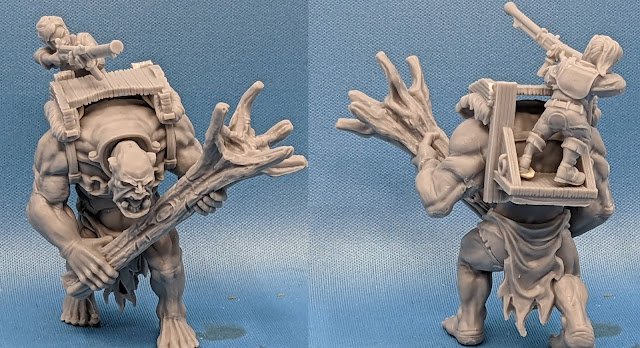 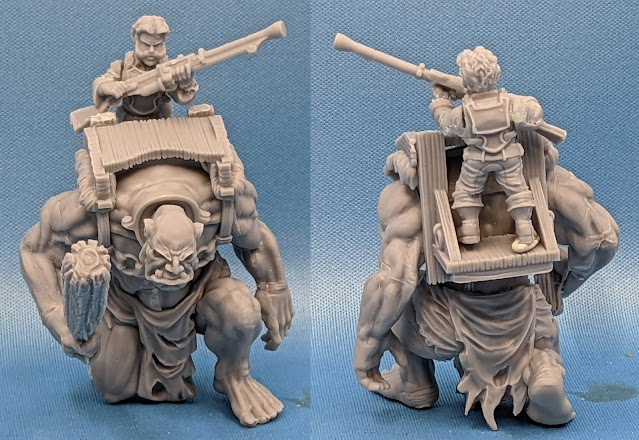 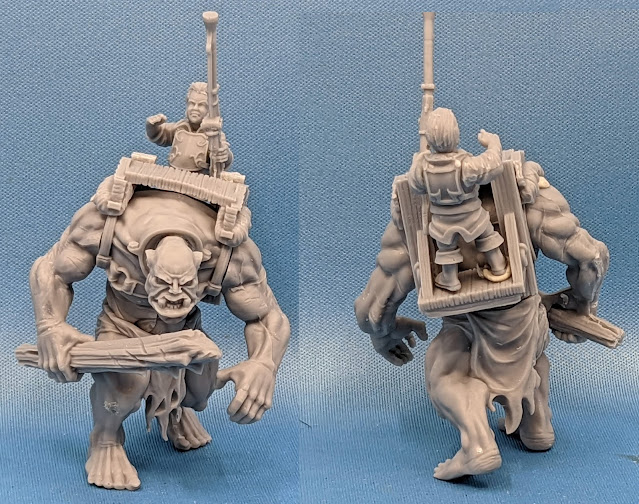 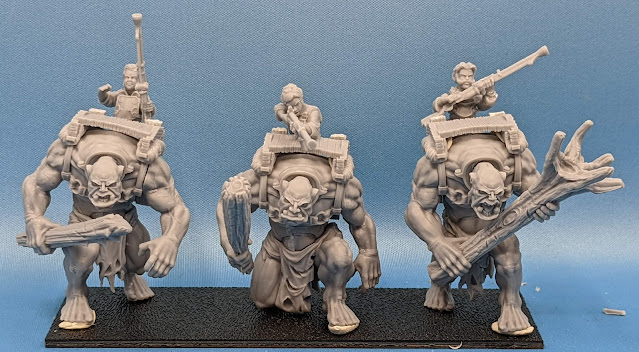 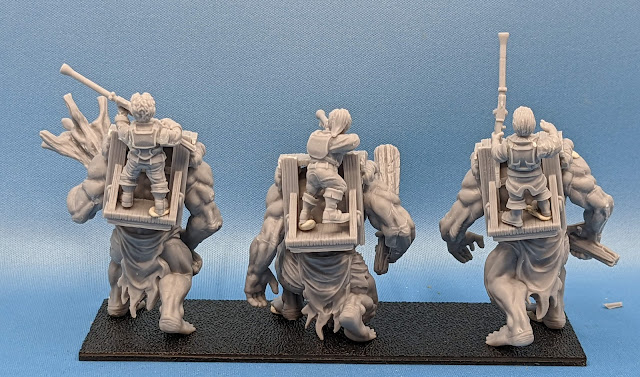 So a little bit of punch for your halflings!
Because it is all fun and games . . .
#ForestTrollGunners #ForestTrolls #Halflings #KingsofWar #ManticGames