Almost time to Sallie Forth 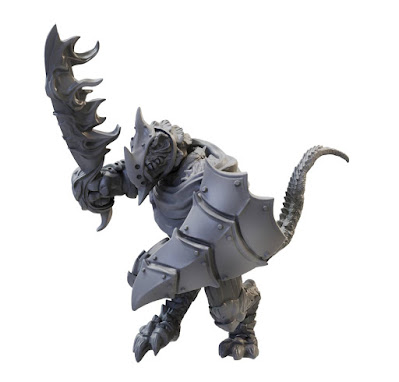 A couple of weeks ago, Mantic held their first Mantic-Fest online, a somewhat replacement for their Open Day, which of course can't be done because we are all too busy playing in the Pandemic LARP.  One of the big announcements was the upcoming release of the Salamander army for Vanguard and Kings of War!

They showed some pictures, and Rob Burman put them all up on the Salamander Armies (private) Facebook page - but I thought I'd steal and and allow everyone to see them!

So go big or go home.  The Rhinosaur Cavalry are Large Cavalry, an definitely fit that part. 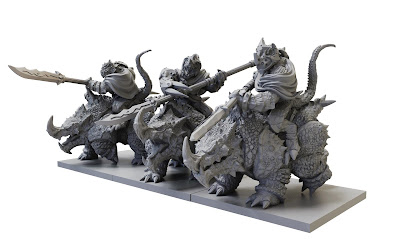 And if you want your cavalry to fly, well then you are getting the new Scorchwings! 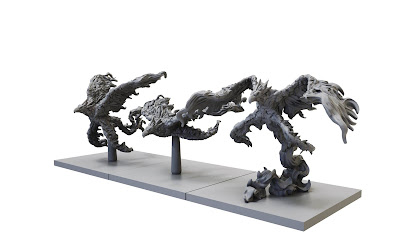 And to lead them, how about a Ghekkotah Skylord on Scorchwing? 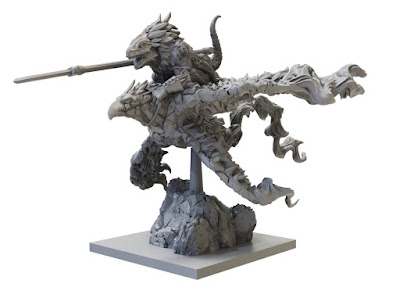 But they aren't alone in the large category, as Tyrants are also coming to fill that Large Infantry slot 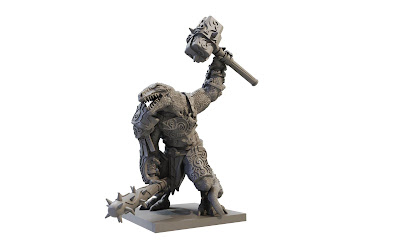 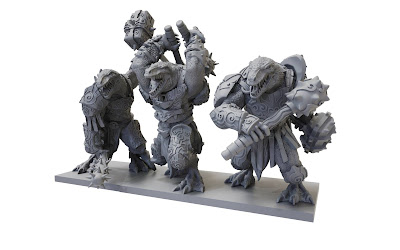 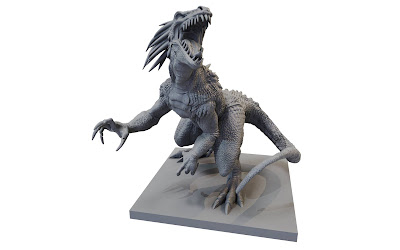 What, you want bigger?  How about a couple of Titans?  Like the Ghekkotah Slasher.  This is based on the goblin slasher 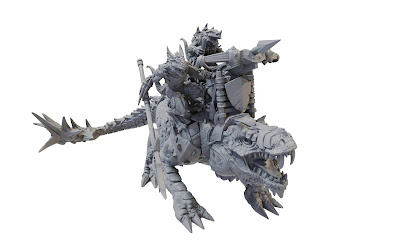 Then comes the Clan Lord on Fire Drake, based on the Orc Winged Slasher 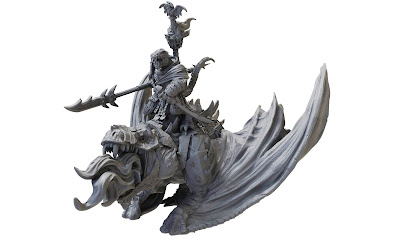 But we can't have ALL big guys (well, actually you can, since both Tyrant and Rhinosaur Cavalry hordes unlock lots of the other goodies!)  But we need some good old fashioned ground pounder infantry blocks (for unit strength, if nothing else).

Of course there are the existing hard plastic salamanders primes.  With the release will be three resin conversion packs.

First are the Unblooded, the young, inexperienced warriors 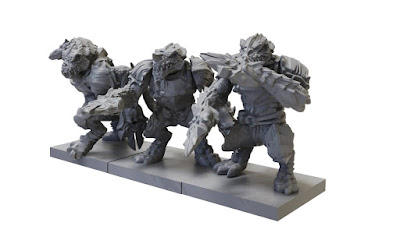 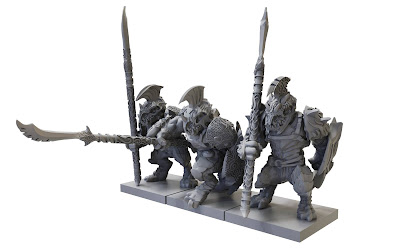 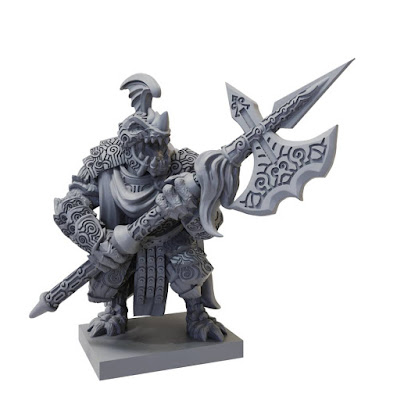 Or they can choose to hit the high seas in search of plunder and glory as Corsairs! 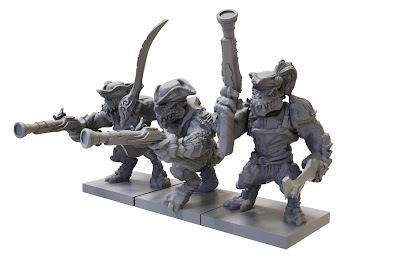 Of course, you will need some heroes to lead these new models

The Mage-Priest is an Arkosaur, much like the necromancer they released for the Undead warband. 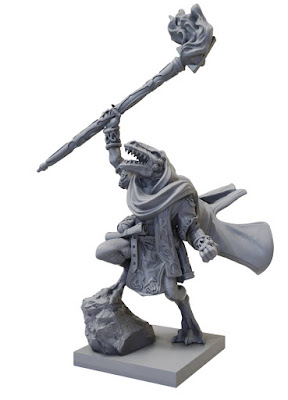 And of course a Battle Captain Clan Lord to lead everyone 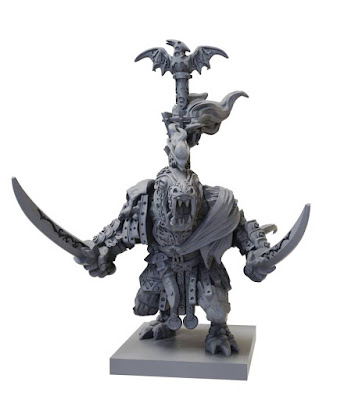 The final figure is the Salamander Veteran (I think) Battle Captain - that I put up at the top of the article to wet your appetite!  (Thanks to Dave Symonds for the corrections!)

So this is a huge release.  There are still a few things missing from the list

Still, they will have 24 of the 29 possible units - which it seems are mainly the Ghekkotahs!  With any luck these will also be coming soon.