Giving them a little Boost

Sometimes I'm a bit slow, but I finally got pictures of the dwarf booster fleet for Armada. 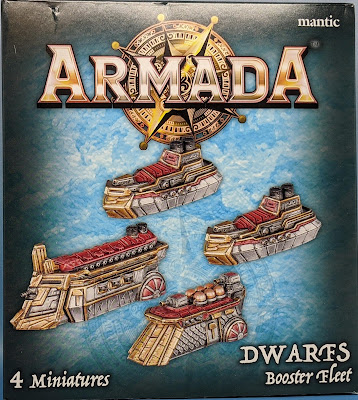 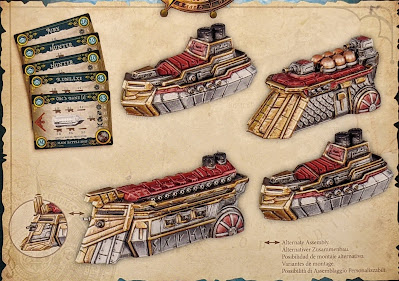 While it only contains 4 ships, there are actually 5 cards in this booster.  This is because it contains the Unique ship - an upgrade of  Runeaxe to the Orc's Bane[1].  Fleets will all get a single unique ship (except for KoM :-( ).  This will actually have optional parts to make it, in addition to the 'normal' version of the ship.  These are usually XL size ships, but the dwarfs have to be different - theirs is a Medium ship. 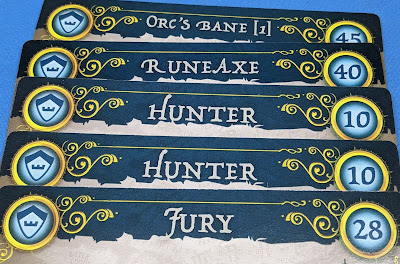 The difference between a standard Runeaxe and the Orc's Bane are the prow of the ship - so this box includes both version allowing you to make either.

You can see the normal Runeaxe here
The other ships in the booster fleet are support ships.  First is the Fury, another Medium ship.

Finally there are two of the small support ships - Hunters.  The hunters come as a single piece, so nothing is needed to be done except to trim them and glue them to their bases. 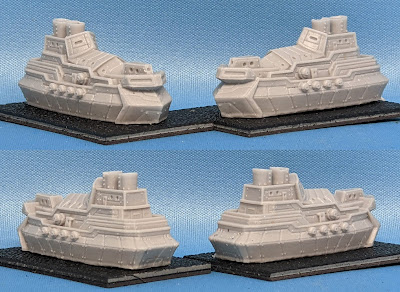 Of course there is still one remaining ship for the Dwarfs (and the other Basilean and Orc fleets as well) - the XL versions.  Mantic has not given a release date for these yet, but we expect them soon after the Empire of Dust fleet is released next month.
Now to paint up my three starters and a booster (one starter for my "Learn to play" sessions when we finally have conventions again, the others for my own fleet (I like the Orc and Dwarf fleets - kind of funny as I have built both Orc and Dwarf armies in the past).