Howling at the Moon

July 20, 2020
THMiniatures is continuing with their new line of terrain sets based off the old Rackham Confrontation / Ragnarok lines.  It has always been obvious (at least to me) that they have favored those old miniatures - they are the ones which are usually in their pictures for scale and to show the terrain in use.
They started with the first large Ragnarok set (my review), and have continued with the Wolf set, themed for the Wolfen faction.
The path of the Wolf is that of the Animal, of Water and Earth, but especially that of the Moon! Its destiny, however, is written beyond the stars; freed by a primal Howl, the Wolves prowl the plains, fearlessly hunting  their prey in woods and forests... This ultimate predator is the king of tracking, a being naturally filled with courage and nobility! 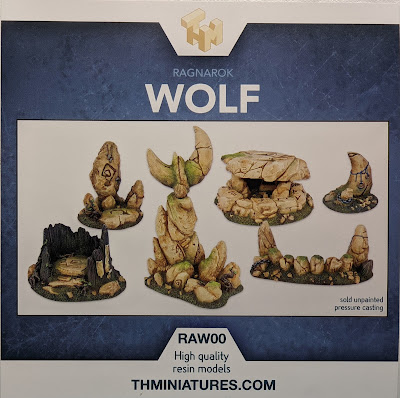 The set includes a painting guide flyer.  Being a Canadian company, they have to naturally support both French and English - so the paint guides are in both, using icons to represent what each color is used for. 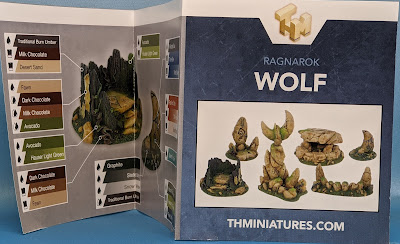 The set contains six pieces.  Sacred Stump is a large hollowed out tree stump.  The Wolfen are tied strongly to nature, so these pieces are more 'natural'.

Stone Fangs are a natural 'wall' 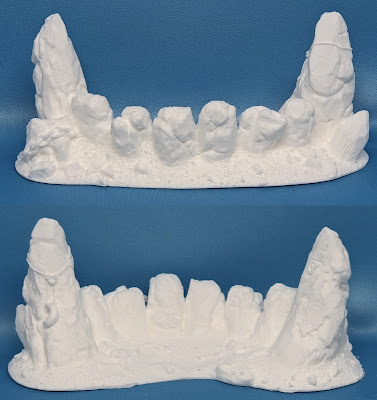 The Crescent Moon tends to be a sacred object for wolfen - one of their shamans carries a smaller one (Syriak the Intrepid).  One of the common details are the rings and carvings.  This is only available in the Wolf set, while the other pieces can be ordered separately. 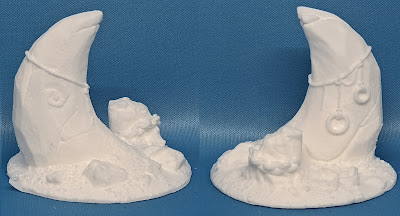 Altar of Souls has some ritualistic carvings. 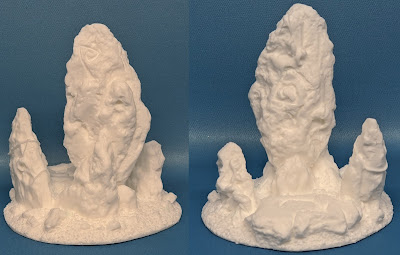 The Wolf Sanctuary is a two piece model - a base and a rock cover.  While thematically it makes sense to me, it does seem a little small compared to a wolfen model.

The Goddess Moon is the largest piece - also a two parter.

It has actually taken me a while to get to these - so much so that THMiniatures already has ANOTHER set you - Scorpion - based on the Dirz.
Unfortunately, I already have three sets of their terrain waiting to be painted - they are starting to produce more than I can keep up with :-).
As always, these are very high quality resin pieces that I can highly recommend - and they are getting more and more varieties to fit whatever theme you are interested in for your table (Confrontation / Ragnarok themed or not).
Because it is all fun and games . . .
#Confrontation #Terrain #THMiniatures