December 09, 2019
So this past weekend we held the 5th annual Gem City Massacre down at Epic Loot in Centerville Ohio.  We had 16 total players and all had a great time.

One of the special parts of this tournament is each player get a free Kringle/Krampus (depending on if your army is Good or Evil (neutral gets their choice).  Stat wise these are all the same - a support character.  There is a special prize however for the best model, as voted on by the players.

This year, one of our West Virginia players (Joe Cottrell) had a special surprise, and for his Kringle he made a model of Pizza Jesus - Jesse Cornwall himself.  Yes, it won the award with 75% of the votes, even though it wasn't really Christmas themed. 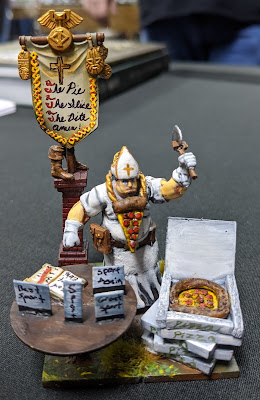 There was simply a lot of fun, cool details on this model
Ok, there were some other cool special character models as well


Ok, on to the tournament itself!

Round one was Dominate - an easy scenario carried over from the previous edition. 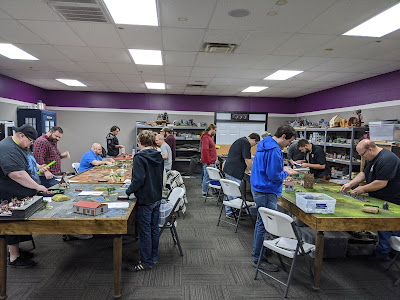 Then after pizza provided by Kara Brown and Amy Stamper (the TO's for the event), Round 2 got started with Plunder! 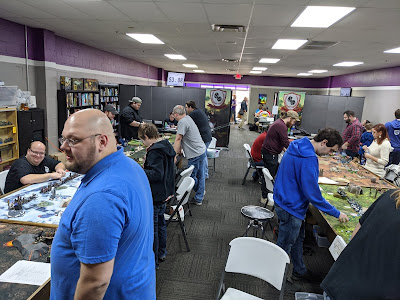 We had a great selection of prizes.  For the top scores, we had acryllic trophies 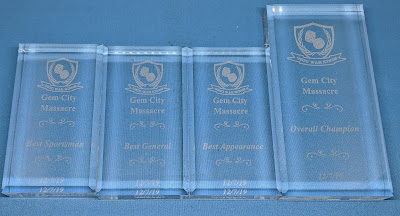 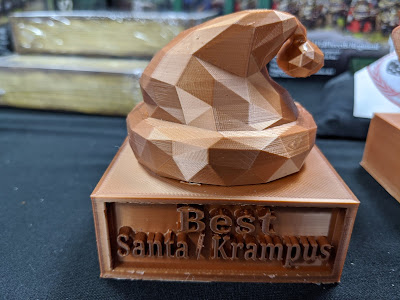 In addition to the trophies, we had a LOT of prize support from both Mantic and the Ohio War Kings - so everyone was going to walk away with either a store gift certificate (for the trophy winners) or some great prizes (ranging from a Goblin army to Vanguard equipment cards). 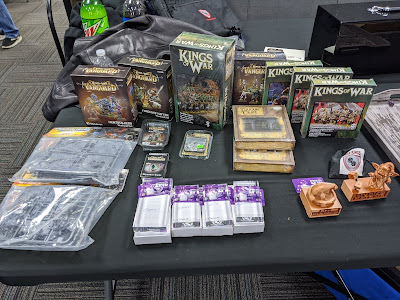 After a quick bio-break, round three got off to a rousing start for Salt the Earth. 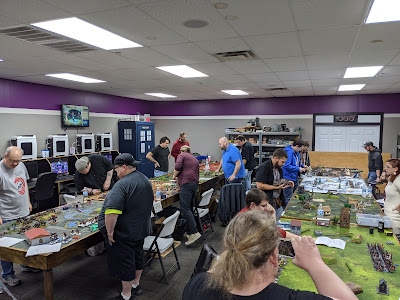 And with that it was all said and done!


For full standings, check out the warscore!

Overall it was a great tournament, the first 3rd edition event here in Ohio.  As always it was a fun laid back event, and we had several brand new players as well.  We look forward to next year!