Ship off the ol' block 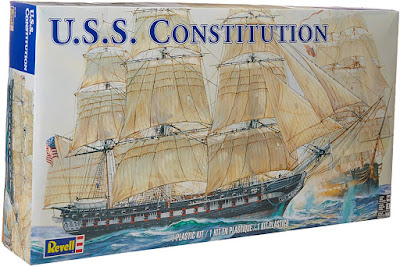 So some of my love for modelling is inherited.  I remember as a kid my dad working on model sailing ships.  The USS Constitution was one of his favorites, as was a completely scratch built Mississippi riverboat. 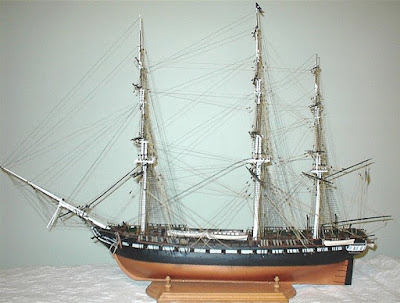 I found an interesting page where someone wrote up his notes on how he put it together here.  A lot of his pictures remind me of seeing Dad working on his.

Unfortunately, all of his ship models have been destroyed by now.  This one he built and gave to my cousin.  A few years later my cousin bought a new house, and the first night in the house, they heard a noise (as you always will when you are in a new house) so he went just to check it out.  Lights off, feeling his way in an unfamiliar room, he felt something lightly brush his hand.  His natural reaction was to pull his hand back.

Unfortunately what he felt was his hand slipping into the rigging of the model, and when he pulled back, it went flying across the room.  Dad did attempt to fix it, but you really can't repair these.

For a while Dad had several ships (including the riverboat) on display in a big glass cabinet in the building where he taught (he was a Professor of History and Government).  One day a student was cleaning the cabinet and dropped the lid into it - destroying all four of the models inside.

The Hobby Shop is a local store specializing in modelling, RC airplanes and some games.  For a while we used to meet up there to play Kings of War.  It was a few months after he had passed away when we were there, and it happened to be his birthday.  I saw they had (and still have, I believe) this kit, and I almost bought it in memory of him.  At times I still feel like I should.  Of course I have no place to display it (though I could take it in to my office at work . . .)

Because it is all fun and games . . .
#GrowTheHobby #Modeling #USSConstitution