One of the highlights was the reveal of the League of Infamy - soon to be a kickstarter for Mantic.  This will be a 'reverse' dungeon crawl game - where the players are evil and the antagonists are good (for the base set - elves).  They had some of the painted samples on display 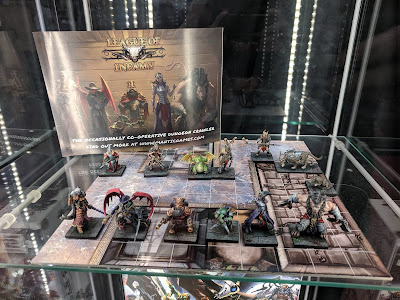 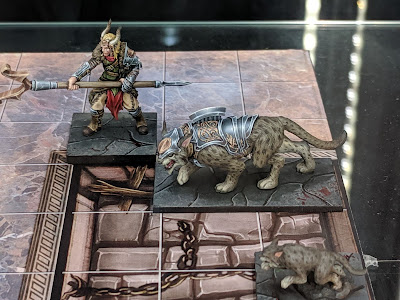 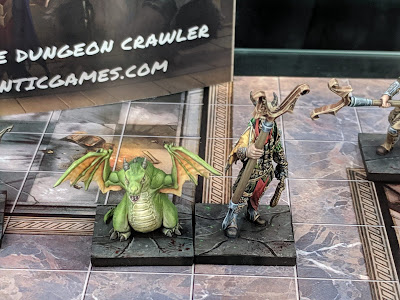 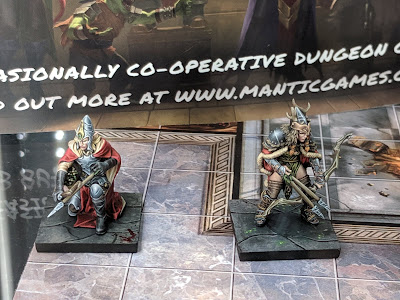 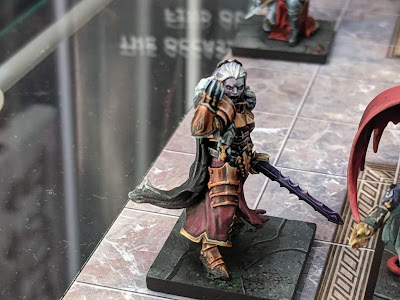 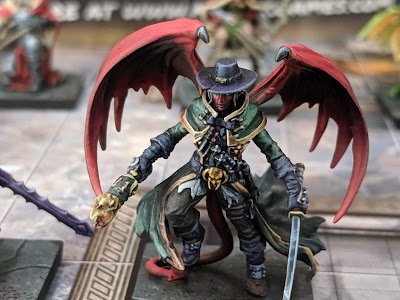 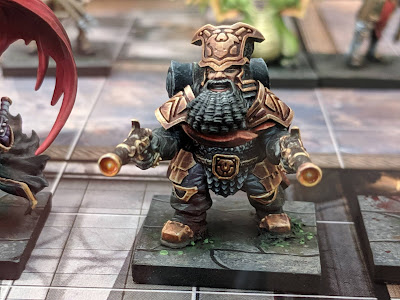 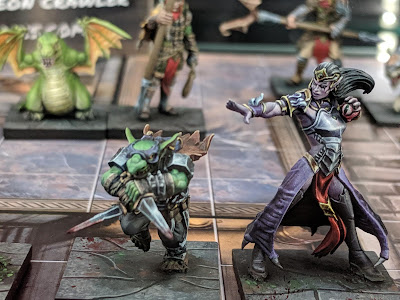 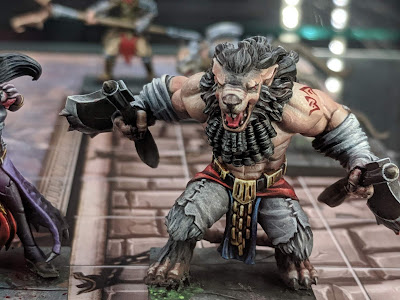 We had a big gaming area, with 80+ ticketed events.  Personally, I ran 10 sessions - 2 Kings of War Learn to Play, six Vanguard Learn to Play, the How You Use It! tournament, and the final Kings of Gencon tournament.

We had eight players Friday night for the How You Use It! tournament.
Full warscore results are here

For the third year in a row, Andrew Summers showed that he knew how to use just about any army.


We also had the Kings of Gencon escalation tournament.  Since we only had 8 players, we cut it back to 3 rounds (1500, 2000 and 2500 pts), though the scores were very close because at the end of round two, there were NO players with a 2-0 record - I don't remember ever seeing so many tie games!

As it turns out, Kara is now the FINAL King of Gencon, as the tournament is being retired after his year.  With the growth of the tournament scene there are just way too many other tournaments available for people to play, and with the declining attendance the past few years, it was decided that this was it.  So for all the people that kept showing up on Saturday looking for a demo / Learn to play sessions - I will next year be running those on Saturday as well.

We had lots of other stuff going on as well.

We set up Wednesday night 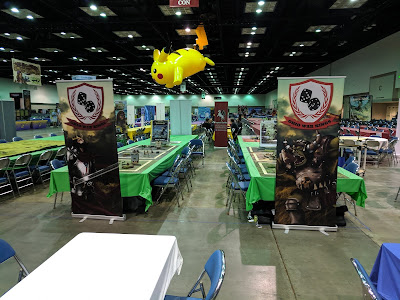 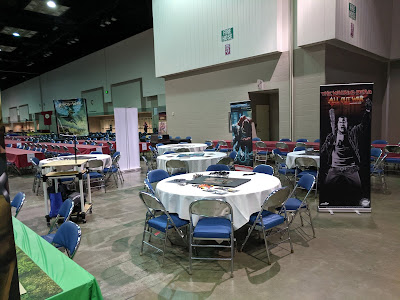 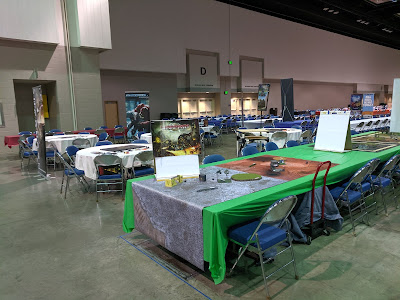 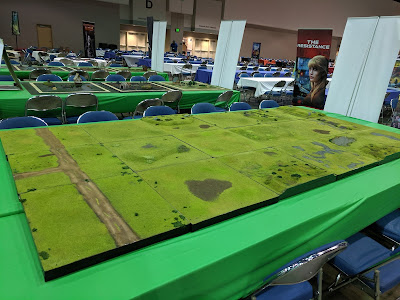 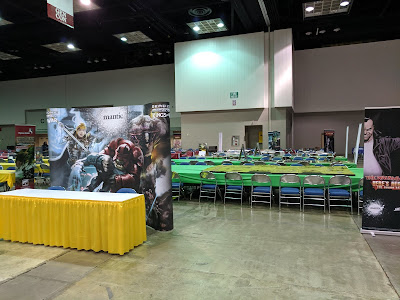 And then come Thursday the gaming commenced 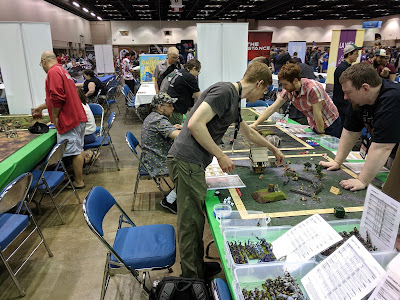 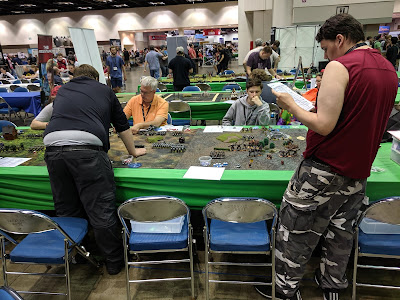 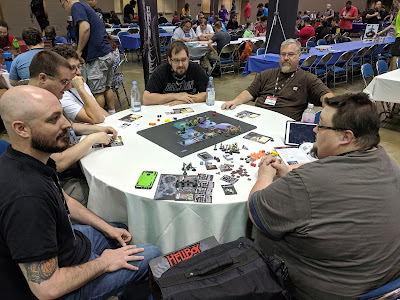 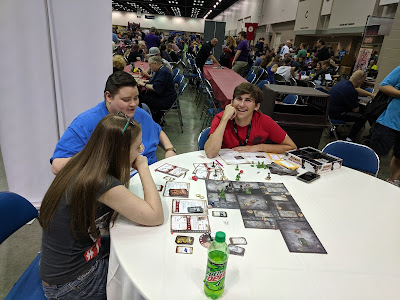 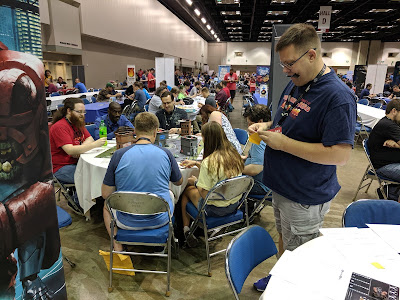 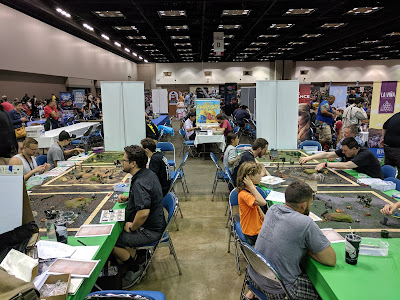 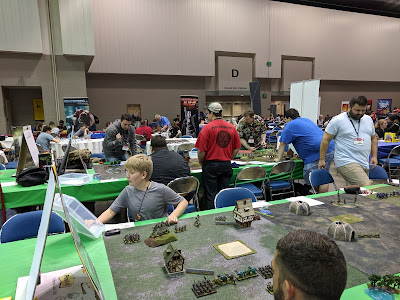 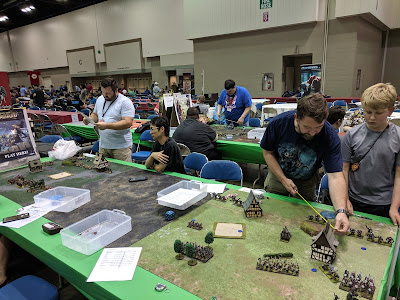 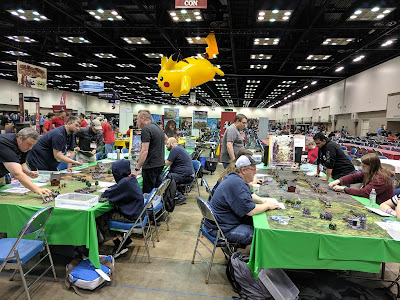 So once more a great convention, and I can't wait for next year!

Because it is all fun and games . . .
#Conventions #Gencon #KingsofWar #Tournament #Vanguard