It's an ogre thing

July 04, 2019
And so I continue in my challenge to get enough warbands ready for 6 tables (that is 12 people) per session (and 6 sessions) at Gencon.  So next up was an Ogre warband.

I had a few Ogres still, plus one on a single base that I had at one time used as a boomer sergeant in the Learn to Play army.  Then as I dug through some stuff, I found that I also had a regiment of braves that I had never assembled.  So all I needed was to order a warlock and add in a goblin (that I happened to have left over from my Goblin warband). 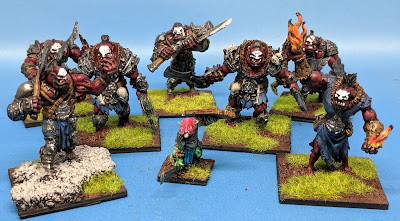 For the command I took the cheaper Ogre Sergeant.  This is the Grokagamok model, which is actually only different because of his arm.  I put him on a rock on the base to make him stand out a bit more. 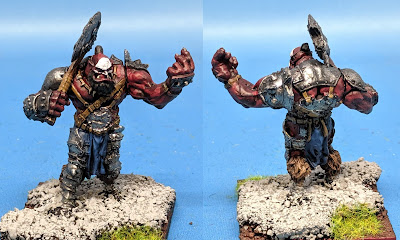 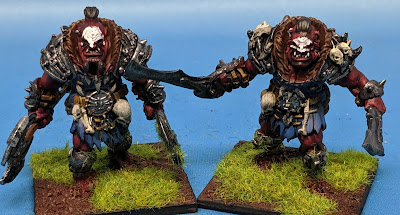 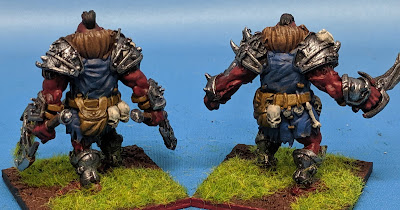 Also a red goblin rabble for another grunt. 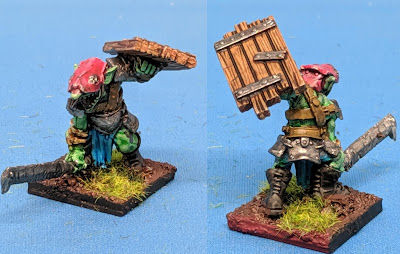 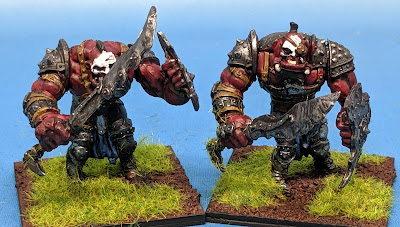 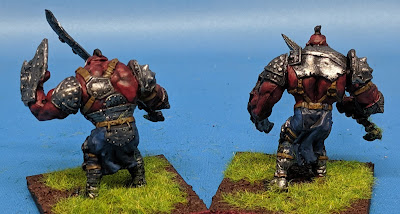 Rapidly running out of points, I take a boomer in a support slot to give me some shooting 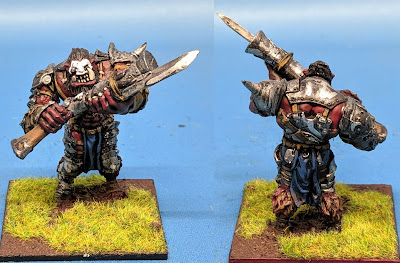 and finally an Ogre Warlock to throw a couple of fireballs each turn with his cackle ability. 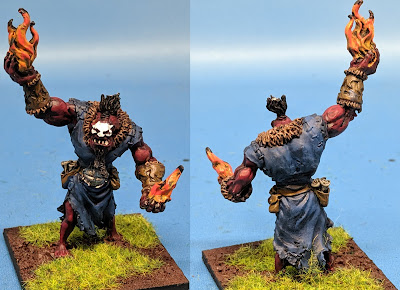 I didn't want to fill up with goblins, but this does mean that this is definitely on the lower model count for a warband.  However the fact that every model except for the goblin has at least three wounds, and most have 3 or 4 dice to attack - should put them at a decent advantage.

Because it is all fun and games . . .
#KingsofWar #ManticGames #Ogres #Vanguard #Warband