(C'mon, there aren't that many necromancy jokes around).

So on my slow march toward Gencon, I have another warband ready to demo.

This one is a bit frustrating for me, as the new models for it will be coming out just a few weeks AFTER Gencon (so I'll have to basically do it all over again).

In order to save time and money, I pulled out a bunch of Dungeon Saga miniatures.  I was able to get a Werewolf from my son (who happens to already play undead in Kings of War and had several).  The necromancers are the Legendary Mortibris (of which I have several) and Jarvis - which both are from Dungeon Saga as well.  (In fact only the werewolf is not - and it is a shame that they didn't instead do a Zombie Troll as the large choice - they have the DS one as well as three metal ones that no one is using because you can get better units for the same point cost).

I tried to do as much of the warband using only the new GW Contrast paints as I could, and it didn't turn out half bad (for a demo army). 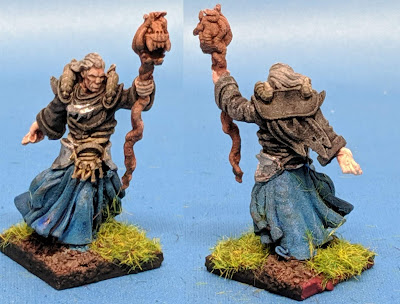 One thing I did find is that for the contrast paints to do what you want, you definitely need a slick surface (semi-gloss or gloss) - if it is flat then they paint doesn't move and flow and give the effects you want.  These two necromancers are examples of that. 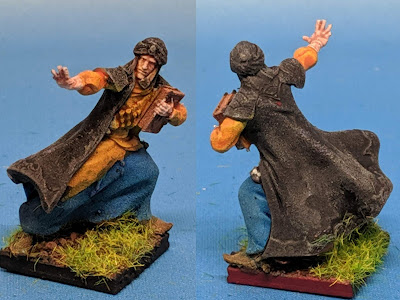 I do love that Mantic is using other races (than human) for some of its undead - and the new undead warband really exemplifies that.  But DS uses dwarfs for revenants - a nice way to make a better, more heavily armored skeleton. 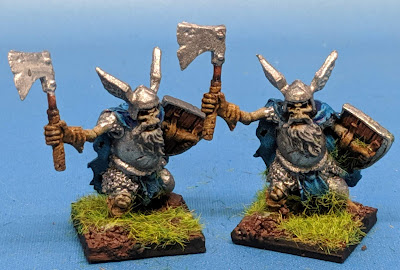 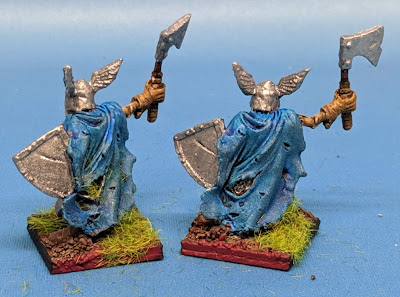 DS comes with two skeletal archers - harder to find these days (though the new kit will make either a skeleton with either a bow or crossbow). 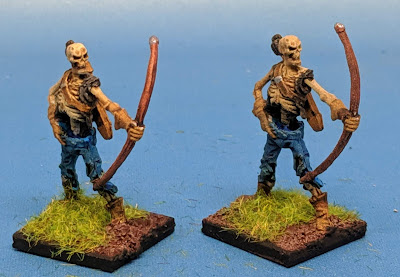 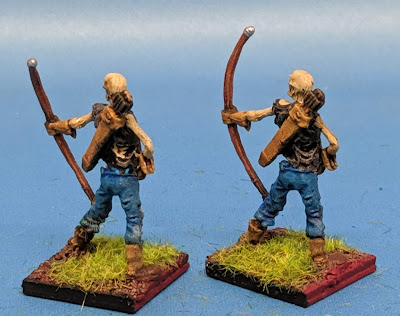 Zombies are, of course, a staple 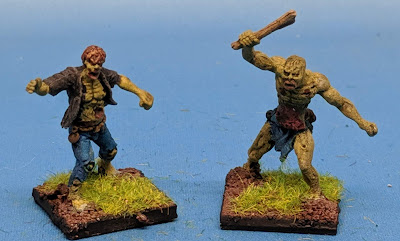 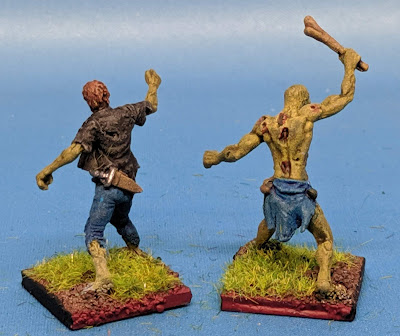 For wraiths I'm using the ghost models for now 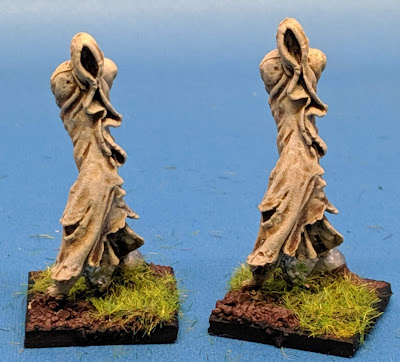 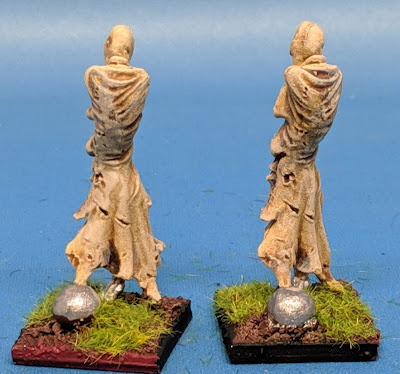 Of course a werewolf 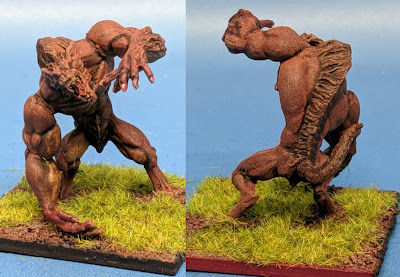 The undead warband is unique in that it can summon models - specifically skeletons.  So I don't have any in the list, but I painted up four to join the party later. 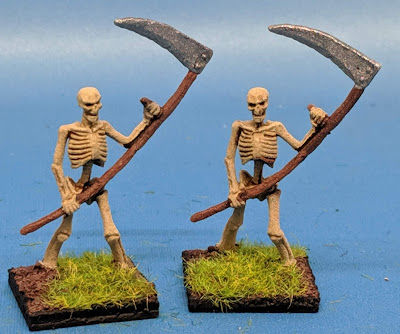 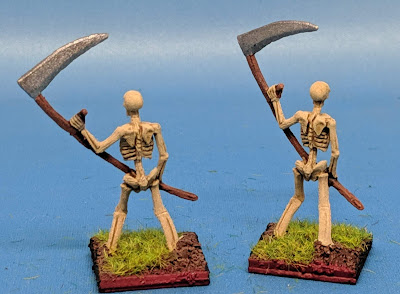 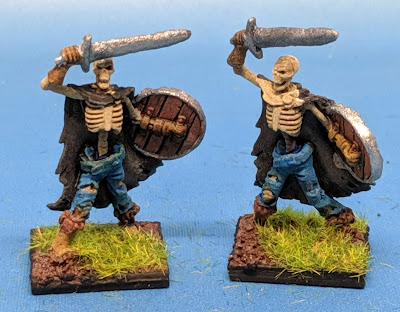 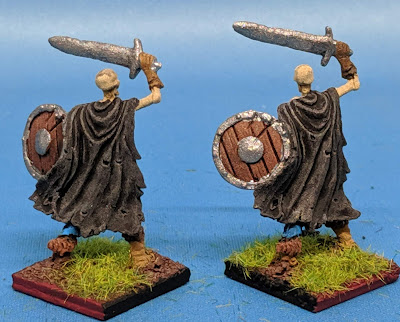 and that makes 9 down.  Next up are the orcs, that again I used contrast paints on as much as I could (and basically did the same time as the undead).

Because it is all fun and games . . .
#KingsofWar #ManticGames #Undead #Vanguard #Warband