Elf if I know why

July 22, 2019
When I realized that I needed 12 warbands for Gencon instead of the 4 I had originally planned, I had to search my collection to see what I had available.

I had several sprues of elves (which at this point, if you have been collecting Mantic Kings of War miniatures for long, it seems like EVERYONE has some sprues of elves).  I did have to order some of the older metal command models, and happened to have a forest shambler from my Forces of Nature warband that I wasn't using.

When figuring out how I wanted to paint these, I just decided to go with the same paint technique I had used for all my elves - which is the army painter method.   Base coat than then dip in Army Painter soft tone quick shade.

For command is an elf prince. 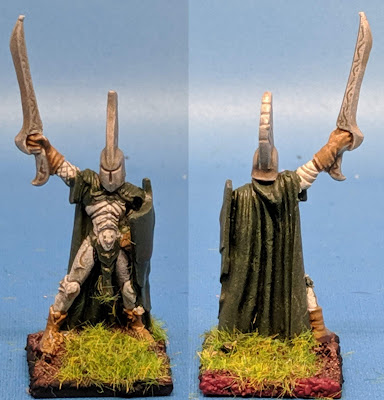 For a battle mage I used the elf mage model. 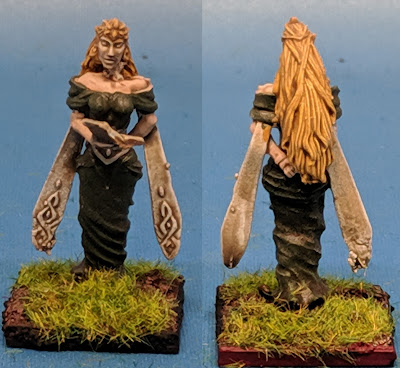 And the large option was the forest shambler (for this one I DID NOT use army painter - I had already painted him up using GW Contrast paints). 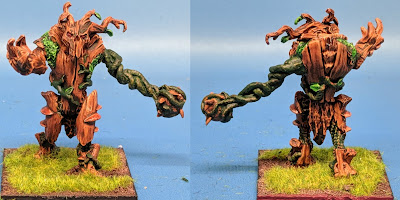 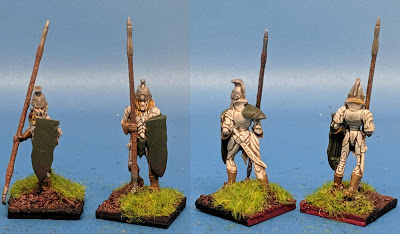 And two Kindred Archers as well

Then to finish it off, three Citizen Levy.  These I just used the command swords on the normal models with shields - as there is no standard option for a sword & board elf.

Nothing impressive here - I hope that when Mantic gets around to releasing a full elf warband that they do what they did with the goblins or undead and add a lot of new sculpts.

So that makes 12/12 ready for Gencon.  But since I added in the Trident Realm (that I didn't expect to get in in time) I still have one more to go.

Because it is all fun and games . . .
#Elves #KingsofWar #ManticGames #Vanguard #Warband