It ain't easy being green

June 27, 2019
Of the six new faction releases (Forces of Nature isn't really new - the only new model there was the druid in the starter set) for Vanguard, the goblins have to be my favorite.  Not for the plastic rabble in the starter set - but all the actual new models.

For a demo warband, I simple had to feature as many of the new models as I could.

To build it, I kind of started backward.  The first thing was the large model - I simply HAD to have a winggit.  This is simply a fantastic resin model.  I used brown ink over a white primer for the wood, with a couple of places getting a second coat or a sepia wash to add some variety to the shades there.  With this as the start, I then used inks for most of the rest of the model and the warband (so it is a little brighter than most). 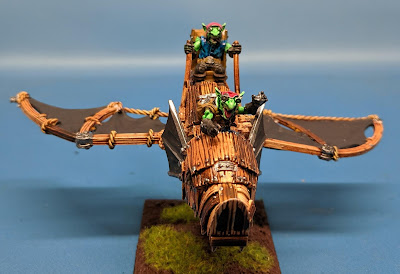 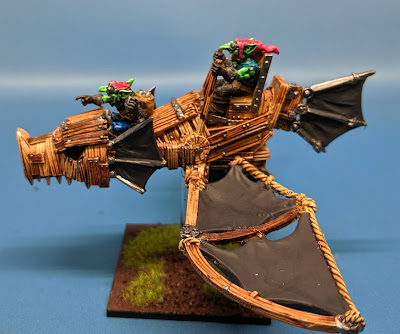 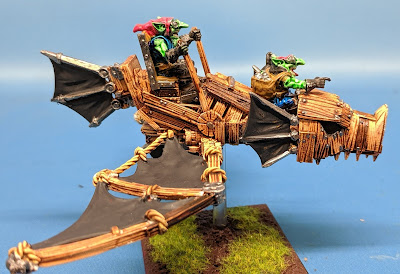 The second model had to be the Mawpup launcher.  This is such a fun model - and some people will comment that it seems cruel - but you can see the pups LOVE it - they want to go for a ride.

So now that I had a large and support model - I need some grunts and warriors to fill out the warband.  Two rabble from the metal reinforcement pack - one with a spear. 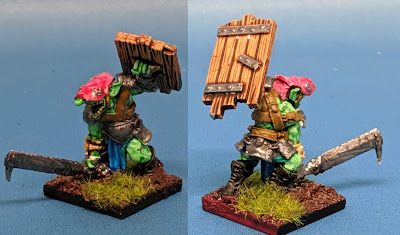 Two spitters (yes, I bought two of the reinforcement packs because I liked them so much).  I tried to angle the bow and arm to add a little variety to the minis. 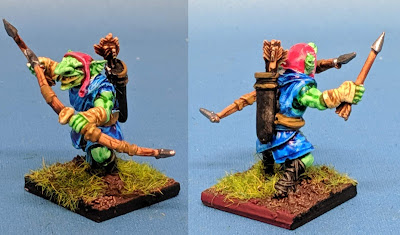 Two luggits are warriors, and add a bit of strength for those high armor models. 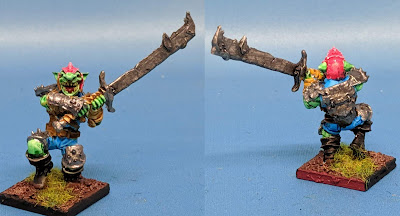 Finally, a sneak - one point more than a luggit, and again a cool model. 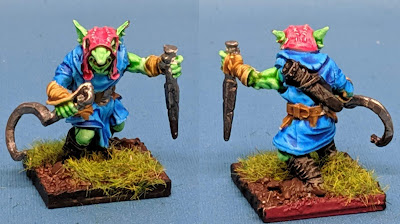 Of course what are goblins without a Wiz to to zap a bit.  While this is not a new model, it is still a great one. 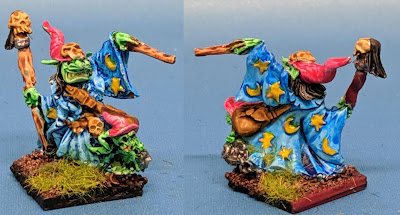 And a biggit for command. 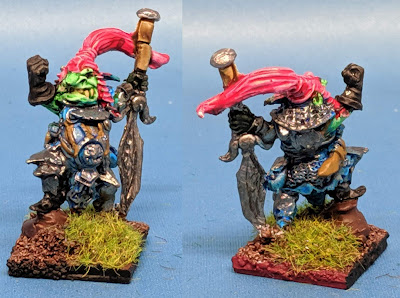 Not sure how they will do on the table, but I do predict that they will get a lot of attention (especially the winggit).

Right now if I make a personal warband, I'm leaning toward these guys.

Because it is all fun and games . . .
Reactions:
#Goblins #KingsofWar #ManticGames #Vanguard #Warband