The natural order of things

April 25, 2019
The fifth warband released for Vanguard is the Forces of Nature. 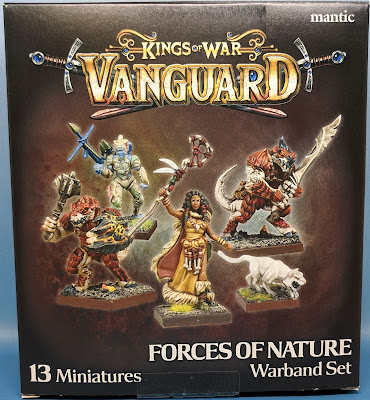 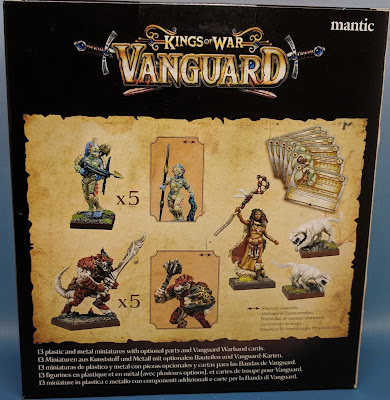 While I have plenty of left over Naiads from my Trident Realm demo army, I don't have many Salamanders, nor do I have any of the larger cats (I have some tiny ones from Elf sprues).  Nor do I have any centaurs or the large models, so I figured why not.

The base warband box comes with a Salamander sprue and a Naiad sprue (which you can see here if you haven't seen them already).

The two wild companions are the larger cats that previously were only available with the Green Lady model, but since I haven't ever gotten her I didn't have them before.

In addition there is a brand new druid sculpt.  It is nice, but then there are already several druids in the Kings of War line already (the army set has one, and there is also Keris (available through points).  However they don't have a single available (though technically since this is part of the starter it still isn't a single model). 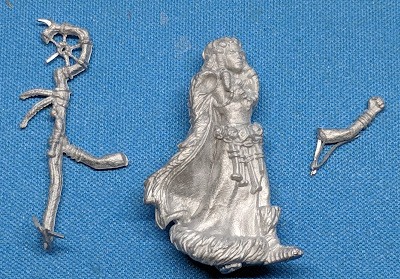 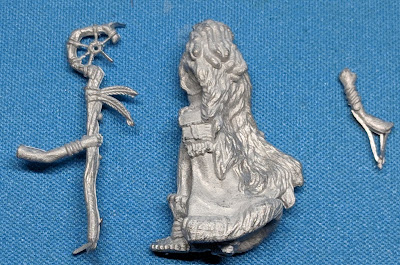 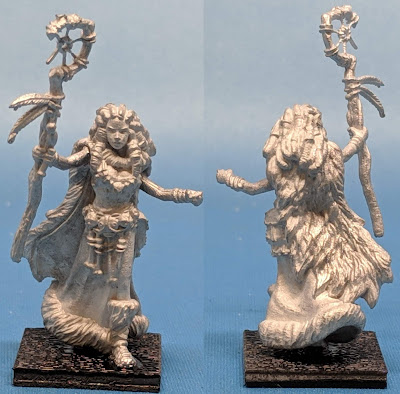 There are five booster packs available.  The Forest Shambler contains one of the three metal models 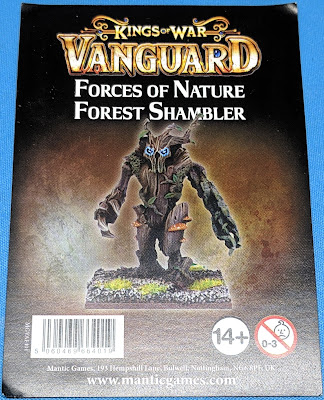 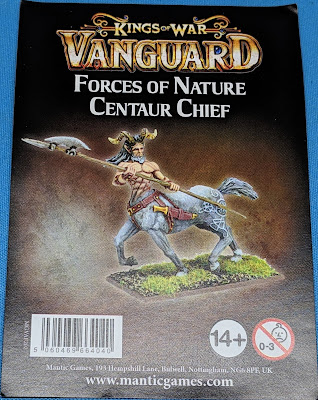 The Gladewalker Druid is the Legendary Kapoka, but in Resin.  However this also includes the Water Elemental card! 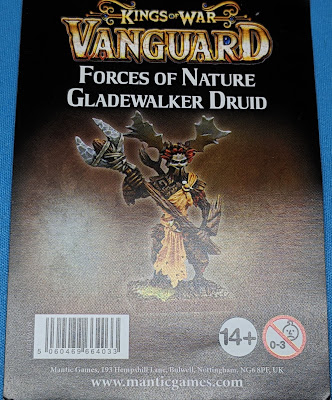 The one model I never had was a Fire Elemental.  This also includes the Earth Elemental card as well! 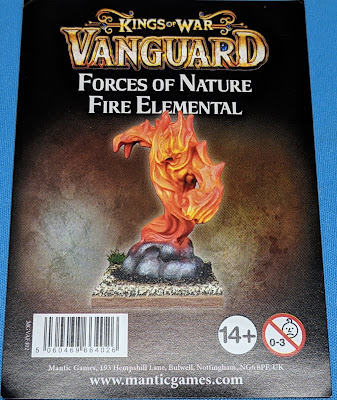 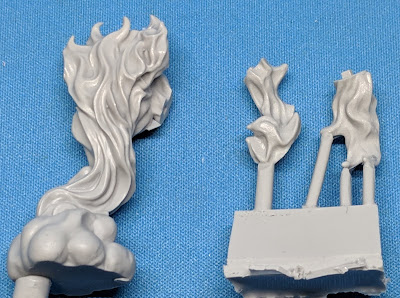 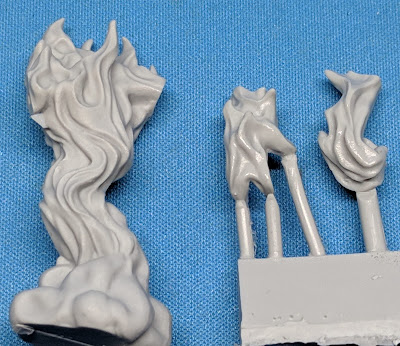 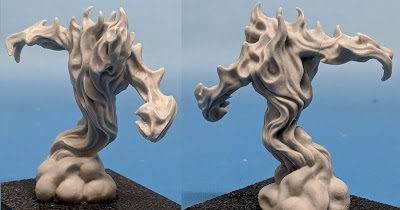 Unfortunately my order was mis-packed (I received a second Forest Shambler instead of the Centaur Booster, however I have already sent this in and Mantic is VERY good about fixing these things).

The biggest surprise however was when I was looking at the cards, and discovered that the costs of some of them had changed since the original rule book and update came out.

In addition, the Naiad Ensnarer, Centaur Chief and Centaur Bray-Strider all had ability changes as well (the Centaur Chief got much better and cheaper!) 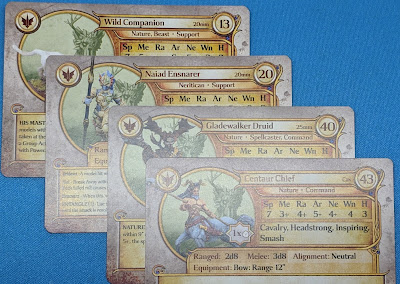 Of course, there are new cards that aren't in the book or update.

These make for a total of 14 in the warband - which is the consistent with the others that have come out.  However what I'm not sure about is if the centaur pack includes a new card for a Centaur TenderHoof - which is a grunt.  I'll let you know when I get my pack if this is there or not.

Finally, a shot of my nature warband models - ready for priming and painting. 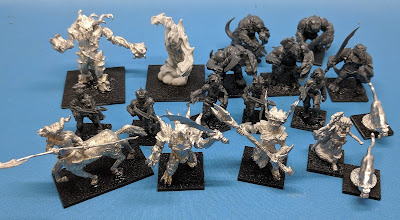