Out of the Shadows

April 08, 2019
If you have followed my blog for long, you will find that I like Giants.  With the Kings of War: Vanguard kickstarter, Mantic produced a great giant kit.

In addition, they produced a set of resin upgrades to make a frost giant - so many that there isn't much of the original kit underneath them.

There are other variations of giants available for Kings of War, so it makes sense for Mantic to use same kit as the bases for these.

The second of these is the first to be commercially released (I have not yet heard when the Frost Giant will be available for retail).  The Shadow Hulk is a mutated giant cyclops. 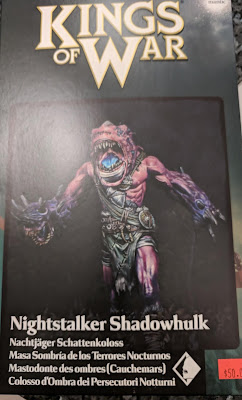 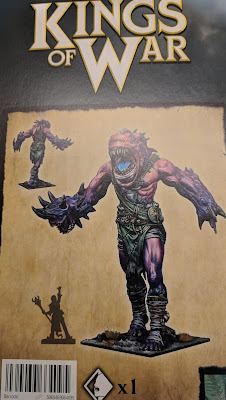 This kit is a full giant, plus a new head and arms.  I am glad that they just give the entire original giant - I like having some extra parts - and think at some point I may make a giant Ettin (with two heads) just for fun. 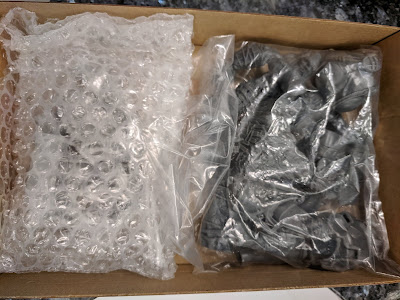 The right arm ends in a huge mouth, and comes in two pieces.  (Sorry that these aren't up to my usual standard, but I got the pictures at Adepticon in my hotel room (instead of my nice light tent in my basement) (I picked up one for a friend and she let me take pictures of it). 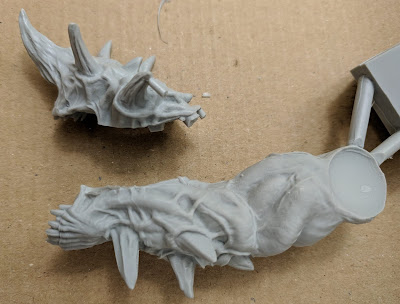 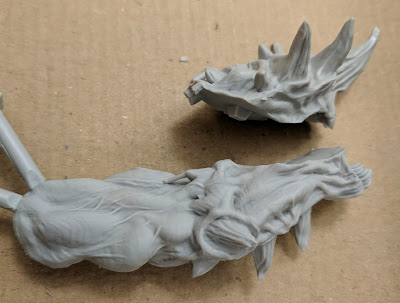 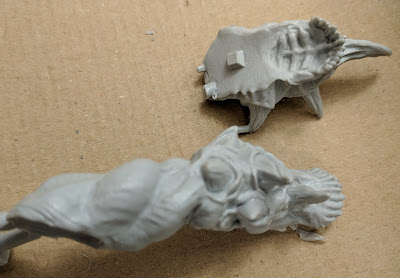 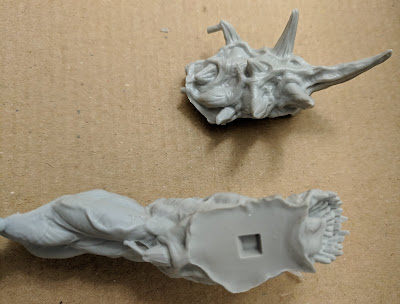 It looks like it should go together quite well once the pieces are cleaned up.

The left arm is more of a mass of muscles and spikes.  It is in three pieces - the arm, the hand, and a spike. 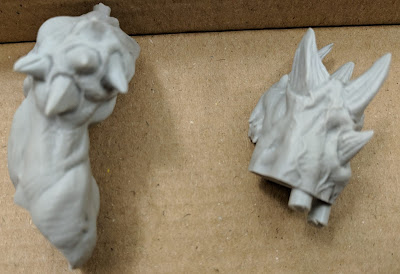 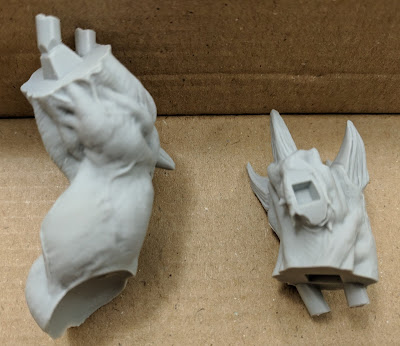 The head comes in four pieces- head, lower jar, and two sets of spikes.  A top view shows exactly where the spikes fit in (it reminds me of the old GW plastic Dragon Ogre kits) 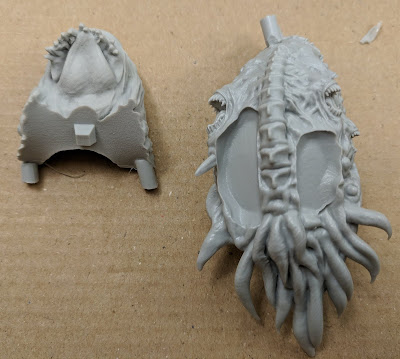 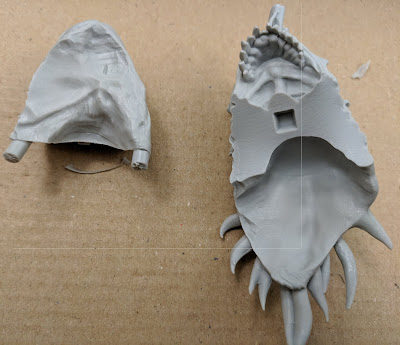 This should fit over the existing neck and shoulders.  I like how the tendrils help to tie this to the Mind Screech (which has similar ones), and the multiple mouths everywhere to the it and the shade.

Finally there is a small sprue with spikes.  The two strips go on the head, and the single fits into the left hand. 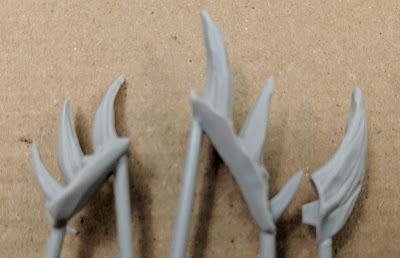 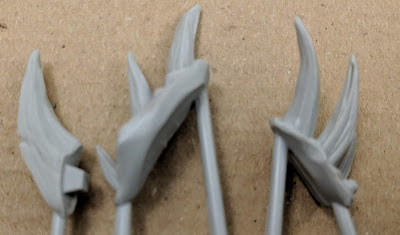 I may still have to get one of these for myself.  I'm also hoping that they will do something similar to come out with a Coral Giant kit for the Trident Realm of Neritica army for Kings of War.