April 04, 2019
So this past weekend was the annual Adepticon convention in Chicago, and as usual it was an absolute blast.  If you are into miniature wargaming in the US then you need to go.  It is still mainly a collection of tournaments, but each year there are more and more non-tournament things to do.

It is always great seeing old friends and making new ones.  This year the minor internet celebrity (for Kings of War at least) Nick Williams himself was there, and it was a lot of fun getting to meet one of the great Kings of War players from the other side of the pond.

As always, the booth had some of the new upcoming models on display 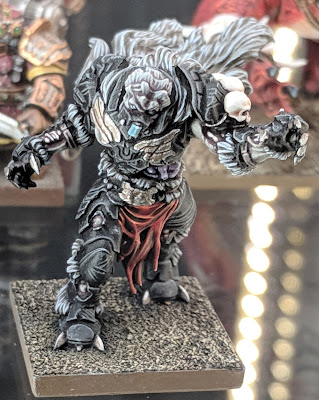 One of the highlights was this years show exclusive - Zombie Blaine for Vanguard.  This model is only available at shows, so make sure you stop by and pick one up.

In addition, they had the new Goblin warband for Vanguard on display. 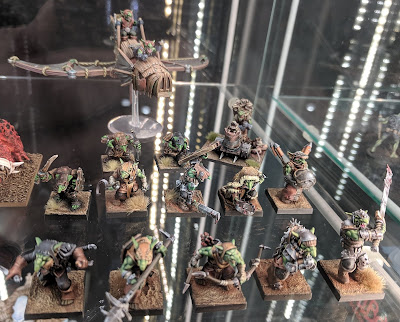 I usually save the water puns for Trident Realm minis, but these just had me drooling in anticipation.  So cool seeing the real versions. 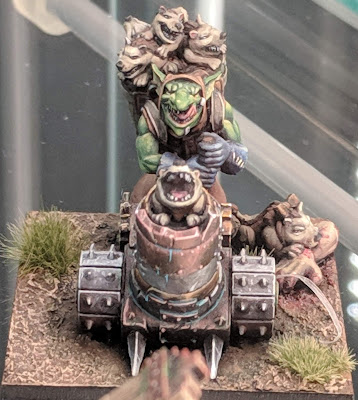 The maw pup launcher just looks like such a fun model, with the pups in the bag, gnawing on an arm, and ready to go on a ride!  The only issue I have is, by the look of it, it is a large model (note the base), meaning that it will be constantly fighting to fit in the warband with the wingget. 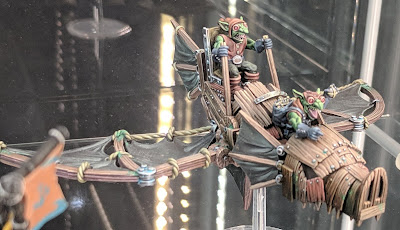 I said the Mawpup launcher was cool - this was so  much more.  Very highly detailed (I love the snout in the front).  I got to hold this in my hand, and it is just a joy to behold. 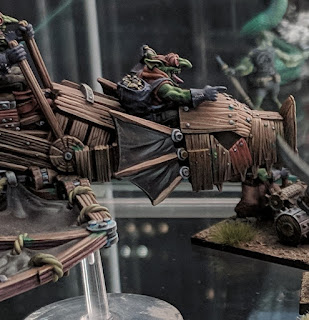 Yes, I want them both on the table at all times!!!

The last really cool vanguard figure was - well it is a frog riding a frog - and that is all I can say about it right now, but I'll give you all the details as soon as I can. 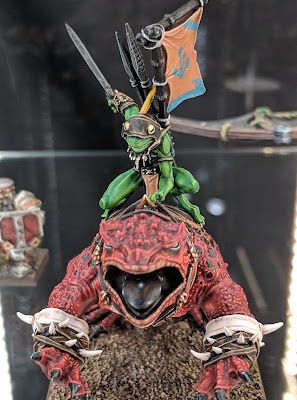 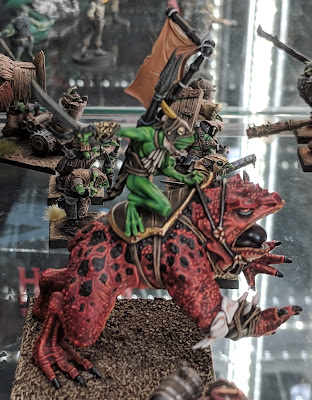 And now I want one of these as well once it comes out in REDACTED for REDACTED along with REDACTED, REDACTED and REDACTED.

Because it is all fun and games . . .
#Adepticon #Conventions #KingsofWar #ManticGames #Vanguard