Happy Blogday to Me! 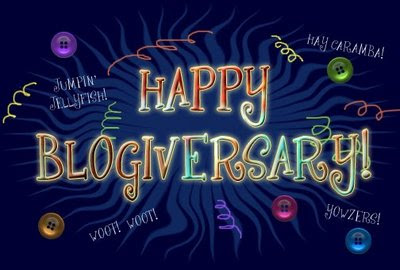 So what does that mean?  Well for those going back, it looks like it extends all the way to 2007, but that is because I decided to consolidate my various forum posts here (where they wouldn't disappear if the forums got shut down).  These were Carpe Noctem for my Grateful Undead army, Da Warpath for da Beech Boyz, and the (now gone) Mantic forums where, when I first became a pathfinder, we were required to post).  Plus I had been doing a monthly email newsletter as well.

So there are a total of 159 backdated posts.  When this goes live (I really like the way you can forward and back date posts, scheduling them when you need them to go up) it will by my 625th post (with five more currently in the pipeline) making 466 posts I have written since I started this little venture.

At first it was fairly random, then I committed to once a week, then twice a week.  I have done many additional posts as well when I felt I had 'breaking' news - but to be brutally honest those aren't happening nearly as much because I need to save them for regular posts - after over 450 posts I often find myself struggling to come up with something.

I did take my first blog-cation this past year when I went down to the Caribbean for my birthday (and well, this was a time I was struggling to find something to write about).

I know I have a small audience, and unfortunately it seems to be aimed at a limited enough market that it isn't really growing.  If I don't copy each new link to several Facebook groups then I struggle to get a hundred views.  If I don't post it to Facebook at all - well then I don't get a couple of dozen loyal victims readers.

So thank you to all of you who do read my manic scribblings twice a week.  I plan to keep this up as long as I can think of things to write about and bad jokes to bombard you with.

Because it is all fun and games . . .
#Blog #Blogiversary #Writing