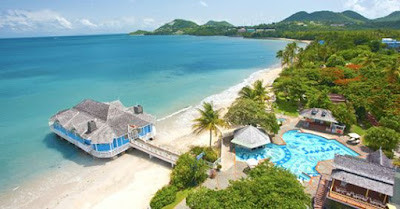 For both my loyal readers, you know that I've been writing this blog for over three and a half years now, twice a week for most of that (Monday and Thursday).  While it has been late (once I forgot to hit the "publish" button) occasionally (and I don't count posting links to Facebook as late, even if it takes me some time to get to them), but I have never missed a post.

(You know where this is going already.  Now now, dry your tears.  (And you in the back, quit with the clapping and cheering.  If you don't settle down I'll have security escort you out!))

I've seen some other blogs come and go.  From a single post, to a few dozen.  But I don't see that many that continue on, especially if they are not directly tied to a company or store (in which case they are marketing tools).  And no, even though I'm a pathfinder for Mantic games, they do not sponsor this blog.  No company actively supports it (so far I have received a product to review ONCE (and I still had to pay shipping), and I did have a reader send me some models a while back (which will eventually be a Kings of War Historical Spartan army (WE ARE SPARTA!!!).

So I have decided (slightly reluctantly) to take a little break.  (What did I say about outbreaks back there!).  Not too long, but my wife and I are actually taking a week long vacation next week (not for my birthday, but I guess I will have to acknowledge another year having passed and I haven't yet died), and rather than attempt to keep up from the beach - I'm just going to take a bit of a break for a while.

My plan is to be back on the 15th, but I can't promise that I'll be able to get something written in the one day after I get back.  (I do expect some fantastic new toys to show up while I'm gone (of course)).

So buck up little campers, I shall return!  Tanned, rested, refreshed and ready for another three or more years!

Because it is all fun and games . . .
#break #holiday #vacation