July 16, 2018
The new faction for Deadone is released today - your favorite dreadball crustaceans - the Nameless.  Most of the models were part of the Star Saga kickstarter, but as always, Mantic kept some things behind as "retailer exclusives" - meaning that even the Kickstarter backers would have to buy them from their FLGS (or Mantic directly).  This of course gives retailers reason to stock the product.


So what are the retailer exclusives?  Well in the faction starter are the Psychotroid, Caratid and Needle Drones.


Right now the ONLY way to get Needle Drones or Psychotroids are in the Faction starter, though the Caratid is coming out in August as a separate two model box.

However looking at all the cool new models coming out, the natural on everyone's mind is where is the Strider?  Every faction has some type of lumbering, walking vehicle (except for the Asterians interestingly enough) but this brand new cool faction doesn't?

Well it will on August 20th.  The Bathomite is coming!

So far we don't have much information on this beastie, and until today there was just a render floating around.  However Rob Burman posted some great size comparison shots over on the Deadzone Fanatics page on Facebook (and since there are people who may not go on Facebook - I thought I'd share them here). 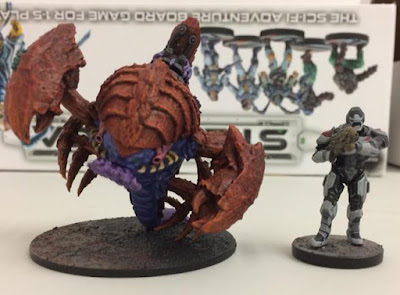 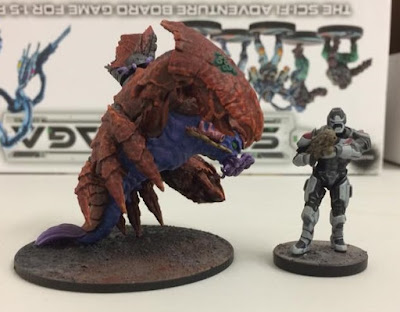 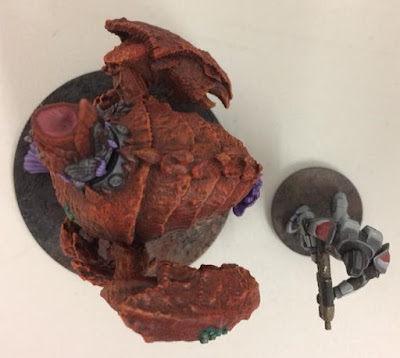 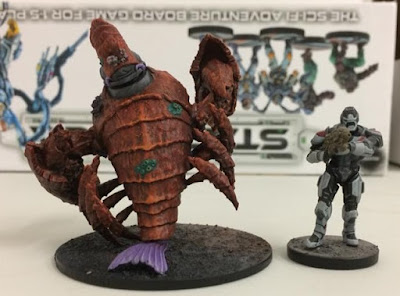 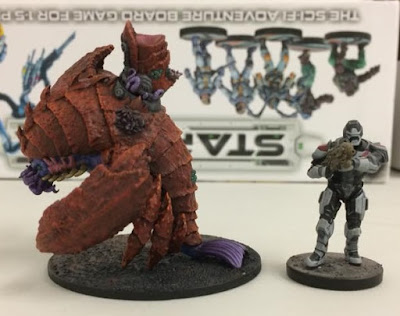 The studio painter went for a more 'dynamic' pose when he put this together.  But it does show off the model and easily allows you to see its scale.

It is already up for preorder on the Mantic web store.  The description there is "Giving new definition to the term 'hardpoints', Nameless Bathomites launch devastating firepower from behind enormous claws 'shields'.

This is a resin model, and includes three weapon options.

Maybe Mantic will have a few at Gencon?  Otherwise I know what I'm ordering after I get home!

Because it is all fun and games . . .
#Bathomite #Deadzone #ManticGames #Nameless