The Nameless are coming

June 21, 2018
Wave 2 of Star Saga is on the boat, and one of the most exciting parts of it is the expansion that includes new Nameless miniatures.  But Mantic is taking advantage of having these sculpts, so they are using them plus more to create a new faction for Deadzone (and I expect Firefight and Warpath to be coming soon as well).  These are available for pre-order from the Mantic web store or your FLGS. 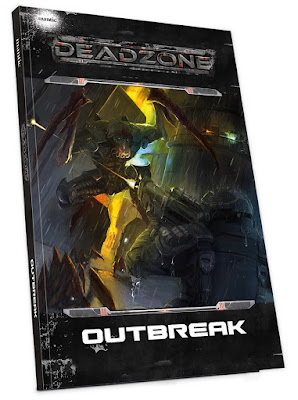 In the kickstarter, they showed us sketches for six nameless: 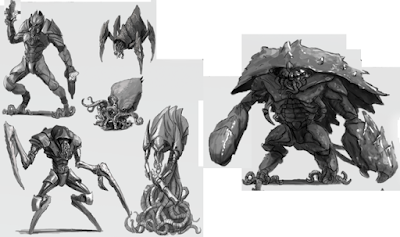 So we saw concepts for the gunslinger, assasin, rifleman, scuttler, inker and ogre

However the Deadzone starter comes with three additional models that are NOT part of Star Saga: Needle Drones, Caratid and Psycotroid.
If you are getting the Terror in the Deep mini-expansion, then you are getting the Blight and the Terror, and everyone they included the monstrosity (now called Goliath) in the core pledge for everyone as well.
So there are still a couple of outstanding models we have yet to see due out in August - the Fear (for 15 points) and the Bathomite


So it looks like lots of tentacles are on their way!  Which of these is your favorite model?

Because it is all fun and games . . .
Reactions:
#Deadzone #ManticGames #Nameless #StarSaga