One foot in the grave

May 03, 2018
I mentioned previously that I picked up a Sigmarite Mausoleum kit to use as terrain.  This is actually two of the older Garden of Morr sets together - and a good deal for as much terrain as you get.  So stepping into the graveyard, it reminds of a fun song Eric Idle did for a sitcom in 1990 (and which I saw him perform live back in 2000 at the Ohio Theatre - a great show!)

While I generally don't care for GW any more (and actively dislike their overuse of skulls and spikes on everything), their plastic kits are always excellent quality.  This kit did come with instructions, though in their attempt to be multilingual, they were nothing but pictures.  The problem there is they didn't include the part numbers that were printed on the sprues, so it took some time to figure out exactly what went where (and that sides and ends of each building are identical).
Once I dry fit the pieces together it was an easy assembly.  One thing to note - you do not want to glue the buildings to their bases until after you paint them - as the open doors will reveal the inside so you just can't leave that unpainted.

I wanted a little something more than just the standard pieces, so I made two larger pieces - one surrounded by walls, the other by the wrought iron fence. 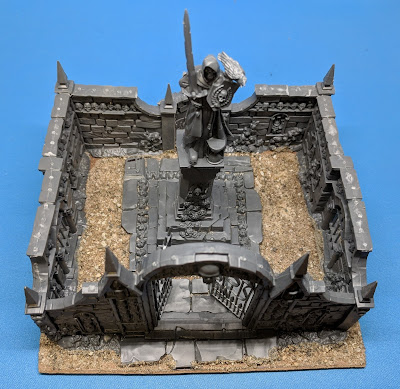 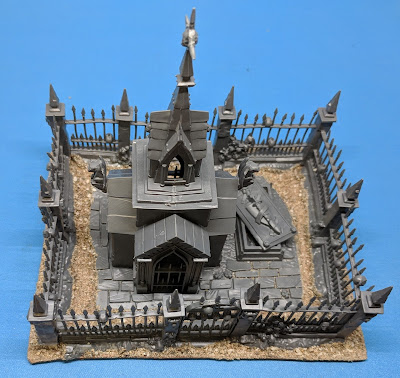 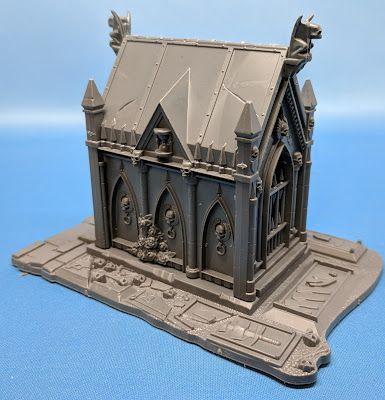 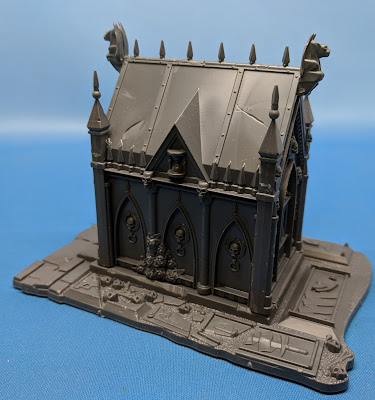 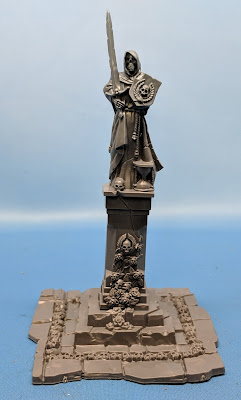 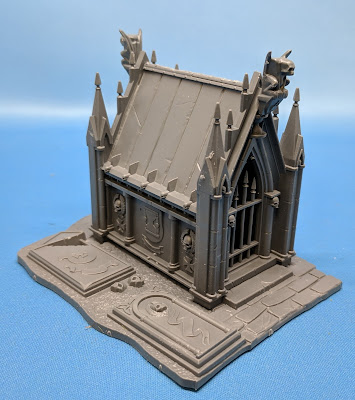 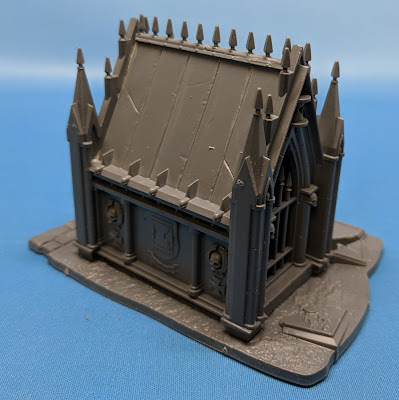 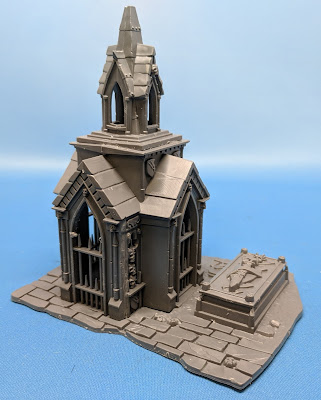 I wanted to have these available for the War Kings GT that rapidly approaching, so I farmed out the painting of these to my son Jon, who did a great job in the two weeks before the tournament. 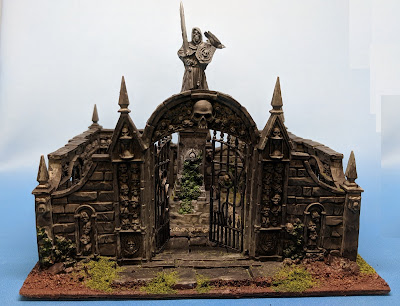 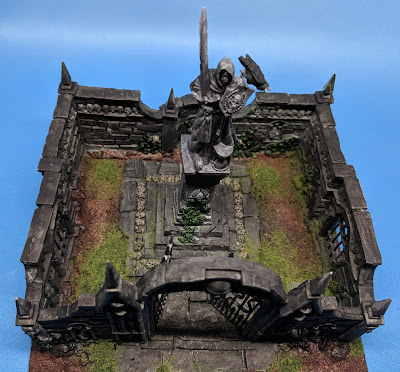 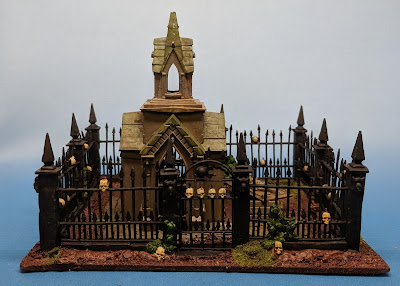 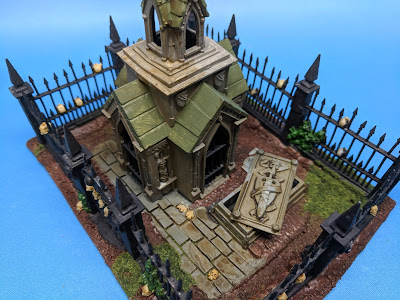 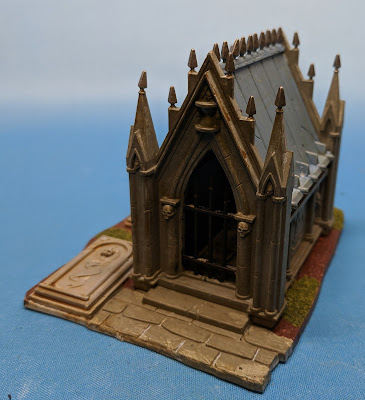 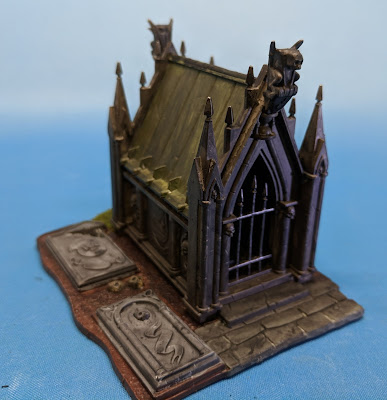 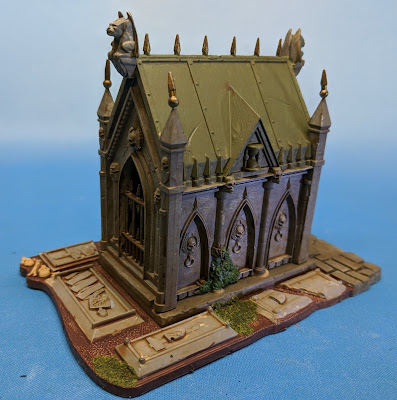 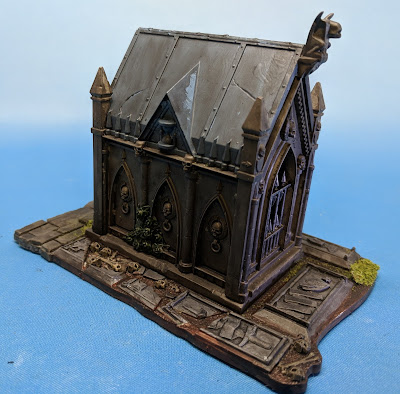 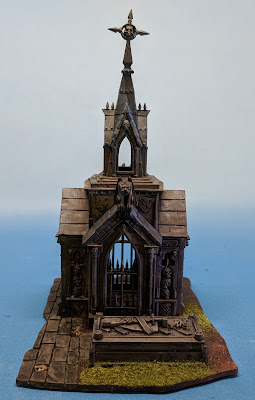 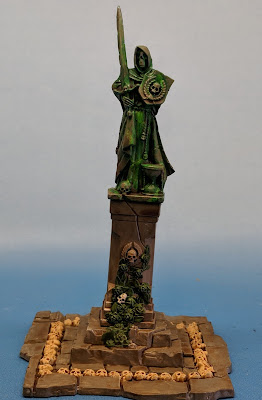 Because it is all fun and games . . .
#SigmariteMausoleum #Terrain #Tournament #WarKingsGT