April 26, 2018
Well the first annual War Kings GT is in the bag, but we have one final sponsor spotlight - Wartime Hobbies. 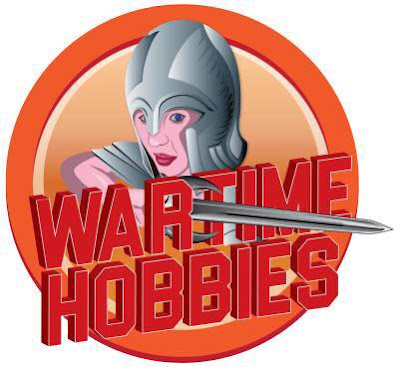 While Todd at Wartime Hobbies wasn't able to send in anything early, he did send up a couple of prizes the day of the event with one of the players.

There were a couple of TNT (I like to think it stands for Todd's New Tournament) dice mats and a couple of sets of dice to go with them. 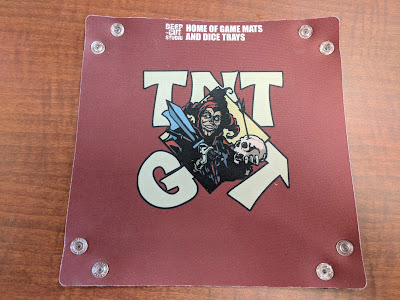 Hard dice trays are nice to help contain your dice, but have the disadvantage or being both bulky and heavy.  These neoprene (i.e. mousepad material) mats have four snaps in the corners, allowing you to fold them up to contain your dice. 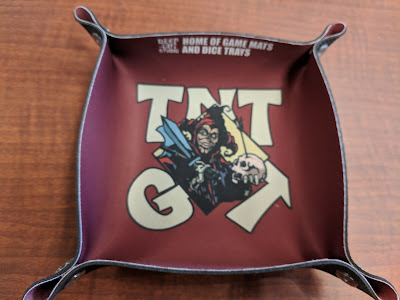 I have seen these in leather before, but no in neoprene.  Which is kind of cool (and apparently they found a place to make them AND get custom printing). 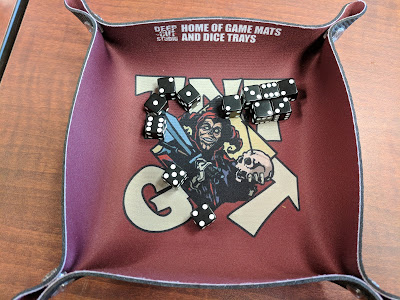 Of course no one ever has enough dice, especially when all the luck has been rolled out of them and their cube sides decide to roll nothing but 2's.  (Especially when you need 3's and re-roll 1's). 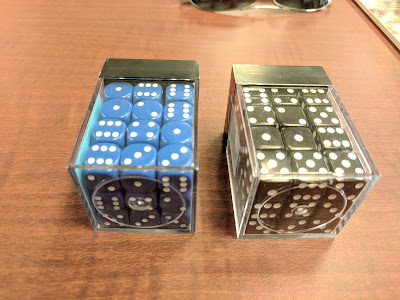 What do you think if these?