August 31, 2017
Mantic does a LOT of kickstarters, but they are not just a kickstarter company.  This past year they have started a "retailer exclusive" program - where they release models that were NEVER available on any kickstarter - you can only get them from your FLGS or on their website.

Each wave of The Walking Dead has two of these boosters, and I finally got my hands on them for waves 2 and 3 last week at Gencon (wave 4 won't be out until next year).

The first wave 2 exclusive is the general release of Negan.  Mantic made a kickstarter exclusive of him, but I feel this is a better sculpt.   Of course if you got the Eenie, Meenie, Miney. Moe set, you have a resin Negan that is fully playable.  Of course with Negan you get Lucille - she brings him up to over 100 points, but he just isn't the same without her.

In addition to Negan, you get Andy and a walker.  Because everyone was just clamoring to have Andy (I'm not sure, but this may be another unnamed character from the comic - or if named he didn't have a huge rule - I sure don't remember him).
The other wave 2 is Ezekiel - and of course he comes with Shiva.  I expect this is one of the more popular models - because it is a fricken' tiger!
Wave 3 is the Prison, so there are prison variants on existing models.  The exclusives here are Glenn and Maggie.

The Glenn, Prison Guard booster features Glenn armored up in prison gear - which if you have three or more pieces of on a single character gives you a bonus.
It also includes Wes, another guy that no one has heard of.  I know these are needed to help fill out factions, but I just don't get excited over them. 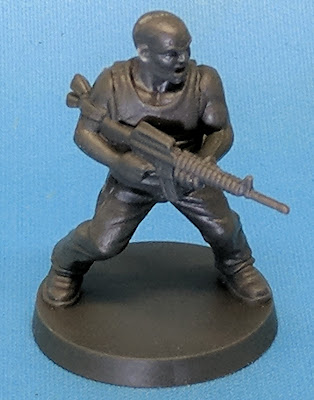 Of course there is a walker - this time an armored walker - who is worth 5 more points, and ignores the first headshot each time it is attacked - ouch! 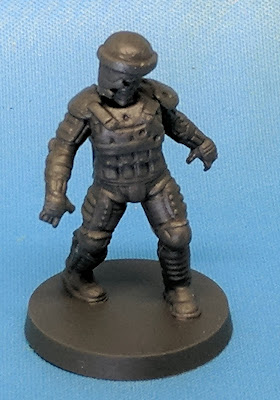 The other booster is Maggie, Prison Defender. She gets a haircut and a rifle.  It also includes the Susie & Rachel Green mini - this is a combined miniature for these two - because someone has to die, don't they?
Of course it includes a walker - but this one is a little unique, as it is the first of the walkers based off of kickstarter backers! 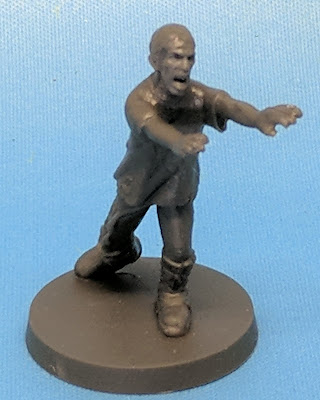 Time to pull out the washes and transparent paints and get these done like the rest.

Because it is all fun and games . . .
Reactions:
Retailer Exclusives The Walking Dead