Thundering out of the Abyss

May 04, 2017
I was working on my monthly email newsletter this afternoon, and remarked that it looks like the next couple of months will all be Warpath and Walking Dead.  Well I'm somewhat pleased to say that I was wrong.

Thundering through the Twilight come the Abyssal Horsemen.  Kin no longer to any mortals, these heavily armed riders serve the Dark desires of the Wicked Ones.  Serving as heavy cavalry for Forces of the Abyss, these evil Knights have the power to turn the tide of battle.
I am going to assume they will be priced the same as other heavy cav - 10 for $39.99

Some people have complained that Mantic seems to only be a kickstarter company - well these were not funded by the latest Kings of War Kickstarter.  The horses are the same as used for Basilean Paladin Knights and Elf Stormwind cavalry - but why re-invent the same heavily barded horses?

The riders have separate torsos, lower bodies, capes, heads and arms. There a couple of different arms with lances, dragon shields and several different helmet styles,  I don't have any unpainted models, but Darklord (Dan King, who just won the largest Kings of War tournament IN THE WORLD (Lonewolf, down in Texas)) posted some pictures on the Mantic forums a while back. 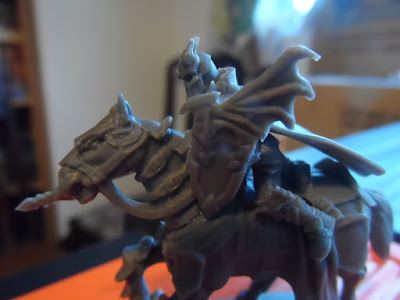 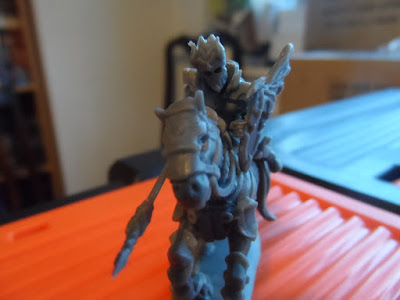 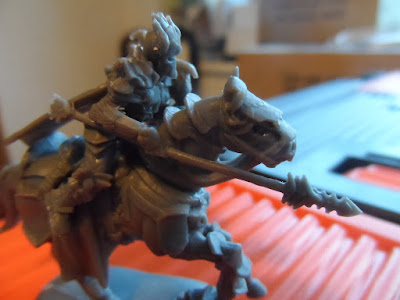 Plus there are some concept sketches floating about 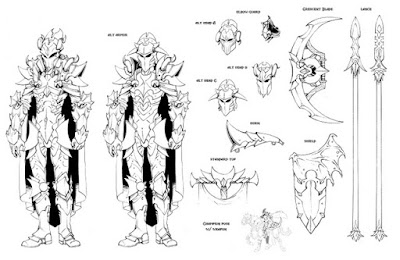 and someone has a painted troop as well (though the color scheme is for a different army, and the musician and standard are conversions)
Personally, I have never liked the fact that these have sat unreleased for so long, and it is nice to see them finally coming out to do battle.

Because it is all fun and games . . .
Reactions:
Forces of the Abyss Kings of War Twilight Kin