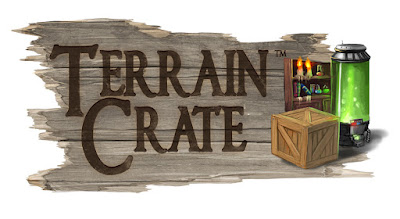 Mantic's latest kickstarter kicked off yesterday.  Mantic has seen a big success with both it's door and dungeon furniture packs from Dungeon Saga, so they are going back to the well for more.

Ronnie announced this Adepticon.  TerrainCrate is a new range of pre-assembled, plastic dungeon, town and battlefield scenery that's ready to go right from the box and straight onto your tabletop.

And they have been teasing it with some very clever puns. 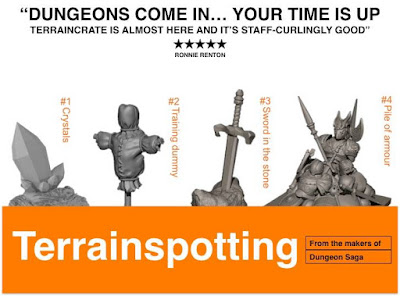 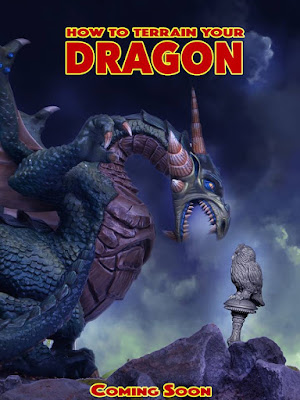 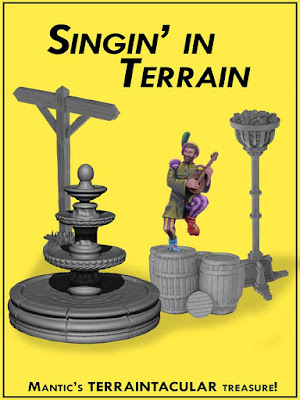 I was hoping to see a poster for "Terraining Day" myself, but since Mantic didn't I used it myself.  :-P

The kickstarter went live on Wednesday April 26th at 1:00 pm EDT, and the initial goal of $75,000.00 was met in a less than 90 minutes (not the fastest funded, but it is also a larger initial goal than a lot have been). 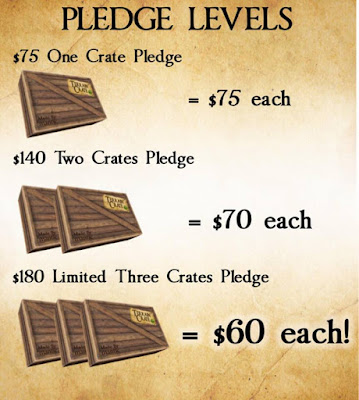 Also, there will be kickstarter exclusive packaging to hold everything. 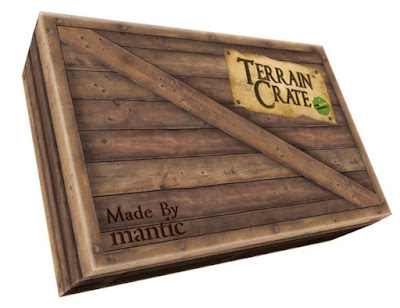 Each of the three crates will have four sets in it.

The Dungeon crate has a Wizard's Study, Abandoned Mine, Treasure Room and Dungeon Debris.

The Battlefield crate has a Wagon Train, Campsite, Fences & Hedges and Walls

The Town Crate has Town Guard Barracks, Tavern, Blacksmith & Stable and a Library.

Beasts of War had a preview, from which I managed to steal some screen captures of some of the items.

Watch the Kickstarter for more - Mantic always has a great deal in their kickstarters with a lot of stretch goals to always make it worthwhile.

Note - this kickstarter only goes until May 14th, so just over two weeks.

Because it is all fun and games . . .
Kickstarter Mantic Terrain Terrain Crate