These will make you wet

November 21, 2016
Mantic's open day is not until Friday, but they have just released some work in progress shots of the models for the new Trident Realms of Neritca army that is coming next year for Kings of War.

I hope that all of these (especially the troops (Thuul and Riverguard)) are not metal, but I expect them all to be (I've said it before, and I'll say it again, I liked Restic).

The betentacled and slippery Thuul Mythicans are aggressive and surprisingly powerful, given their size.  Yes, betentacled is now a word. 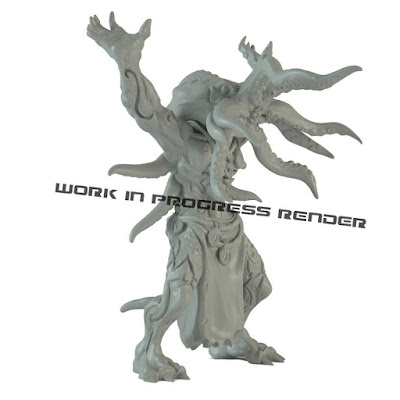 The Thuul are ferocious creatures that are a bizarre blend of Halfling and octopus.  Halflingtopi.

The Riverguard are the ever watchful amphibian sentinels for the Trident Realm.  It isn't just the navy that has frogmen!

The Leviathan's Bane is a massive harpoon gun that can pierce even the thickest hide.  It only took me four or five games playtesting against these to realize it was a harpoon gun and not a cannon. 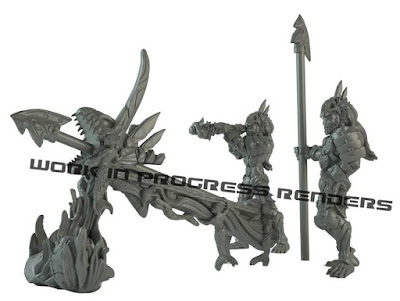 Unbridled spirits, Water Elementals are entities of raw energy, bound together by the will of the Trident Kings.  I expect a good paint job will do wonders for these.

The deadly pincer-like claws of these huge Gigas can crush and slice through the thickest plate armour.  I can easily see some cool conversions using these bodies and the claws from the Giant Spiders and Giant Ants from Mars Attacks! 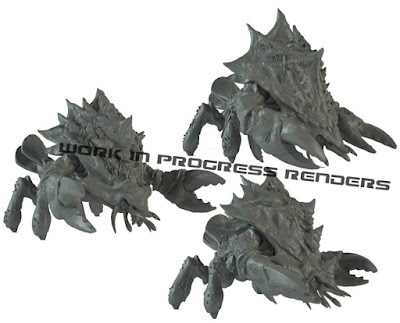 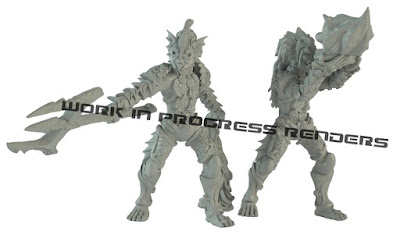