Everyone went nuts over doors in Dungeon Saga - so I figure this could break the internet.  Or not. But people do seem to love doors.  I hope these are in the same plastics (though maybe grey instead of brown ) that the DS ones are.  (There is just something about them - the way the clink together in your hands is so satisfying). This weekend Beasts of War featured Star Saga in a segment of their weekender video.  There was some cool new pictures that I'd thought I'd share some of the  new character concept art.  One of the new characters revealed is a healer - sort of a vampire . . . in Space! that sucks the energy from one model then can give it to another.

A stretch goal as they begin to add more characters from the Warpath universe - of course a teraton. Who doesn't want a giant teleporting turtle . . . in space
Next up is, so far, an unknown soldier.  Looks to me more of an enforcer
Of course they need to have the Forge Fathers represented - because who doesn't want dwarfs . . . in Space!
One of the more interesting alien races that Mantic has introduced into the Warpath universe are the Chovar - basically giant Jellyfish . . . in Space!  With psychic abilities, plus the ability to store data - it is a bit of a loopy mutant. A giant jelly shaped SD card :-).
There also had some concept art that we had seen before, in the same formats
The kickstarter starts on September 26 and will run through the middle of October.  So if you like the concept art, jump in for the ride to see how many expansions they will fund - from space stations and alien worlds to maybe even a dreadball pitch?  Expect dark and horrible missions . . . in Space! 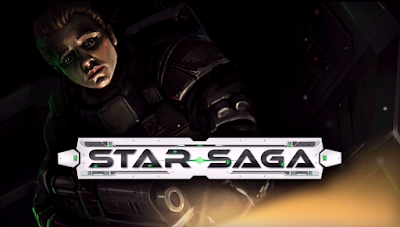 
Because it is all fun and games . . .
Kickstarter Star Saga