If you are anything like me (ok, that is a stupid assumption - because as I tend to find out time and time again, nobody seems to be quite like me) then you can have a fondness for bad movies.  Now I'm not talking about Green Lantern or Knowing or any of M. Night Shyamalan's latest movies. Those were attempts to make (at least what they thought would be) good movies, but just ended up somewhere going horribly wrong.

No, I mean the Grindhouse type of movies, the old Tojo "Monster in a rubber suit" movies - those that can be so bad they are good in their own way.

If you haven't had your head under a rock the past few years, you might have heard of one of the more successful of these lately - Sharknado.  So successful that the 4th one in the series just came out - and oh yes, they left it open for a sequel.

Sharknado is by no means high concept art.  It is a silly, stupid disaster movie with bad science and not much better acting.  But it is fun.  It is a simple thrill ride.  I enjoy the cameos by big name actors in it.  It is like a cheap roller coaster. 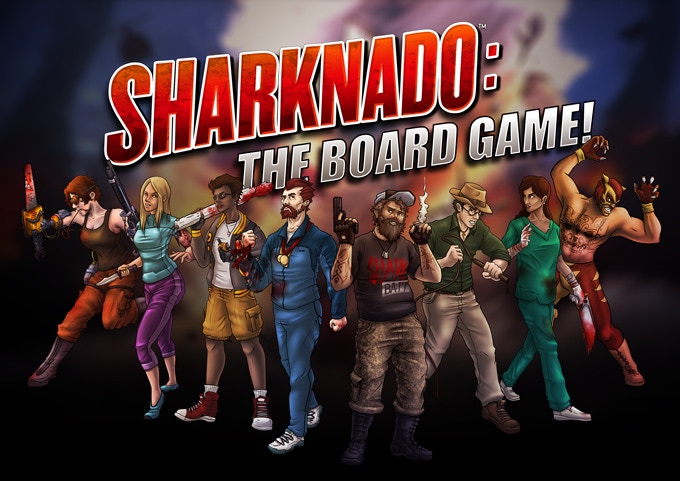 But it has resonated so much that it has become a series, and now it is a board game on Kickstarter by Devious Devices. 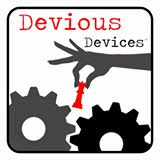 Sharknado: The Board Game! seems to be itself a sequel in the series - it doesn't use any of the characters from the films, but sets up their own characters and scenarios (though some of them do seem to be quite similar to those from the movies).

I like this kickstarter because they aren't going overboard with it - the base game + stretch goals are $54 - which is pretty cheap for a decent board game these days.  They have decided NOT to do minis for the characters as it adds significant costs (though they have not ruled out adding them later).

It appears the playtests and demos of this at Gencon went very well.  I did not see it - but then I was pretty busy running events so didn't see much at Gencon this year. 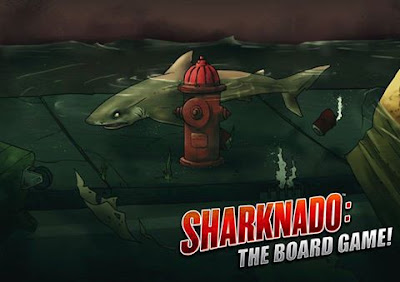 This is a co-operative game but there is no specific turn order for the players - each turn they can act in the order that best helps everyone as a group.  With 8 initial scenarios it looks like it could have decent replay value.

Anyway I've backed it because like the movies, it just looks to be a way to spend an hour or two with something silly and outrageouss - where science is mad and anyone with a chainsaw can be a hero. 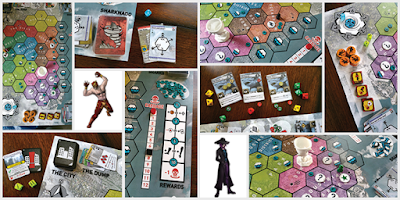 Because it is all fun and games . . .
Kickstarter Sharknado