May 30, 2016
The Deadzone Infestation kickstarter had a bunch of stuff, and the final booster was a set of single metal miniatures.

The first one was a Teraton Shock trooper.  This is a mercenary that works for any army except for Plague or Veer-myn, so if you wanted a teleporting turtle but didn't care for the Rebs, now is your chance.  It is obviously a male teraton, as it is a little on the small side compared to the current restic one for the rebs.  It is interesting (at least to me) to see that they now have mercenaries that are NOT named characters (same with the Ogre Terminator) 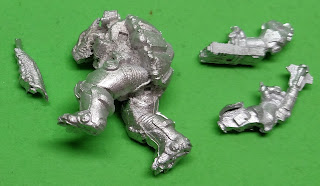 Up next is Adrienne Nikolovski.  This is a new named character that is a leader of the Rebs Elite Army List in the Infestation expansion, but can also be used as a Sphyr Lancer (with 4+ shoot, R5, AP 2, I can see it showing up a lot). 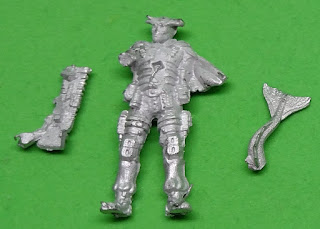 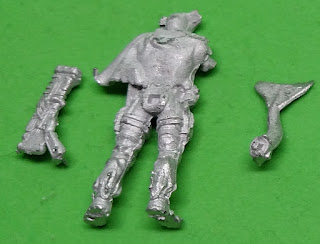 Then comes of the the more comples models (I'm still not quite sure how to put it together).  This has the parts to be a mercenary Hund Rebel Bounty Hunter, or a Rin Nomad for the rebs.  For the hunter he comes equipped with the sniper rifle - however for the Rin he has the two knife arms (and the other head). 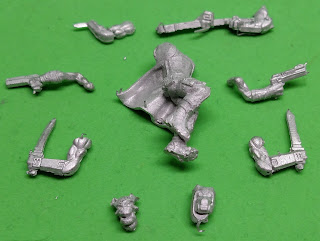 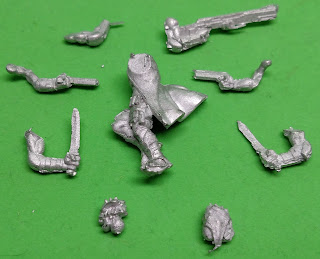 Another named character from the Infestation expansion, Chief Mauhulakah looks to be one of my favorite looking models  (he is built using the twin heavy pistols).  He can also be built as a Marauder Sky Scraper if you give him the rifle instead of the pistols.  I just really love the column of smoke and fire from his jump pack. 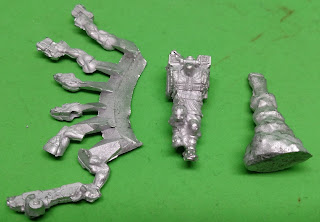 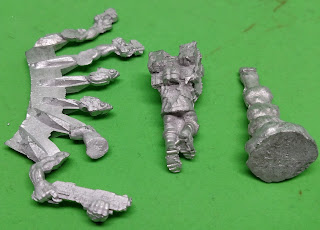 And that was it for the single figure booster.

As I mentioned in my previous post, one model in the kickstarter was not included in any pledge levels or boosters - it was only available as a separate add-on. The Ogre Terminator has a mini-gun with R 5+, Shoot 5+, Weight of Fire(1) and Suppression.  He is also solid so never gets pinned nor can he be moved by blast or knockback (great for sitting on an objective). 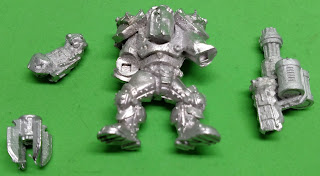 So that is everything from the Deadzone Infestation kickstarter.  Now to try and find the time to get it all painted.

Because it is all fun and games . . .
Reactions:
Deadzone Kickstarter