Time for a big Salute!

April 18, 2016
The UK saw the annual Salute games expo this weekend, and as always, Mantic was there in force. They had a huge mega battle, a fantastic deadzone display, and lots of new toys to see.

While I couldn't be there - the Brueckenkopf blog got lots of pictures, which I am reposting here. Check out their blog entry at Salute 2016: Mantic Games for the original pictures and discussion.

If you were at Mantic night at Adepticon a few weeks ago (and if you weren't - check out the Mantic North America Podcast which has Ronnie's Q & A), Ronnie revealed the next new release for Kings of War - an Empire of Dust army using the existing plastics with new metal conversion bits (think the old Twilight King and original Abyssal Dwarfs).  We at Salute they had some concept art!

However, the big new thing is Deadzone.  The kickstarter is supposed to start shipping this week - so of course they had some of the new models on display.  But Deadzone is set in the Warpath universe - so these models also work for that new system due in the fall.

First are the new GCPS troops plastics.  In Warpath, the marauders are still part of the GCPS as well.
Of course these aren't limited for use in Mantic's games - any sci fi game where you need human troops (normal humans that is, not genetically modified super soldiers in power armor) then these will soon be available. 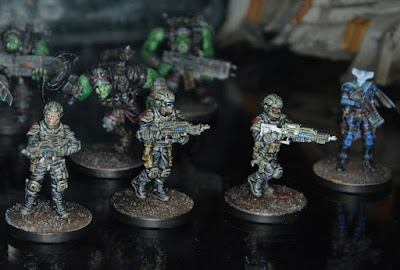 The marauders - and I don't recall seeing these before -are they sneaking some new stuff in? 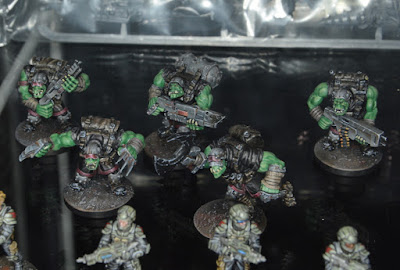 One of the new Rebs special characters, Adrienne Nikolovski 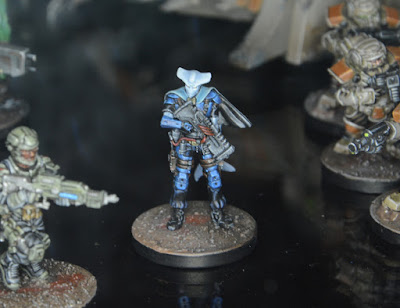 The new Forge Father Steel Warriors - these replace the old versions that were fantasy dwarf legs / backs with sci fi bodies and heads.  Much nicer (but don't worry if you have the old ones - they are now intended to be fielded as militia). 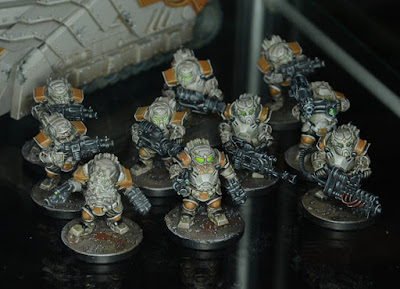 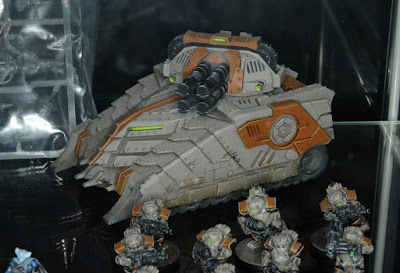 The 'good guys' need to have bad guys to fight - and in the new edition the Veer-Myn are the new bad guys. (Don't worry, the plague are still their spreading their contagion throughout the galaxy).

They also had a big Deadzone diorama on display - the pictures can speak for themselves. 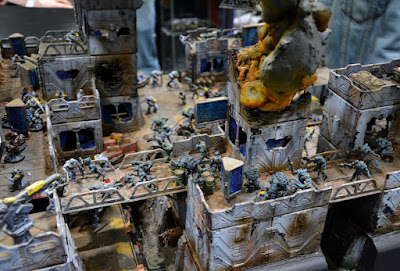 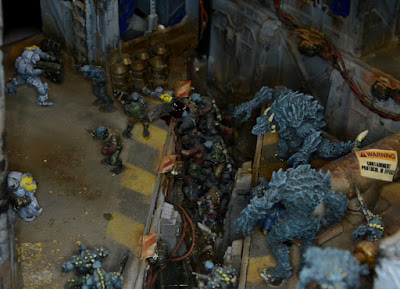 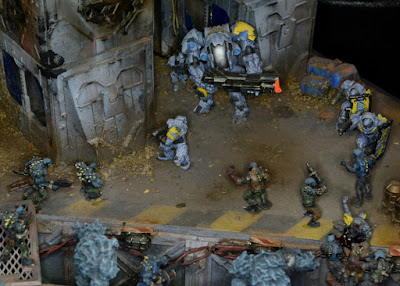 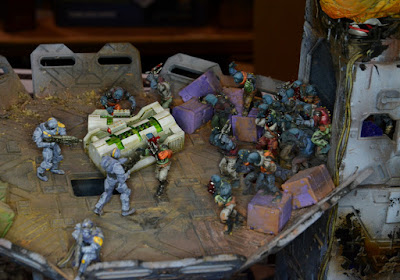 Lastly, Fisty Glue Man (@FistyGlueMan on twitter) also got some good shots - you can check them out
I almost missed this! Forgefathers and corp humans for deadzone/warpath pic.twitter.com/PNAcOAaxCi 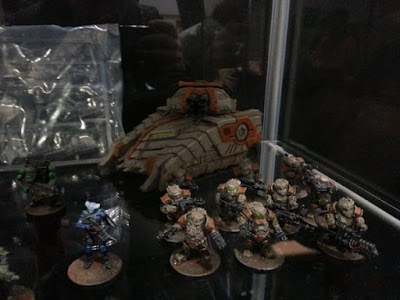 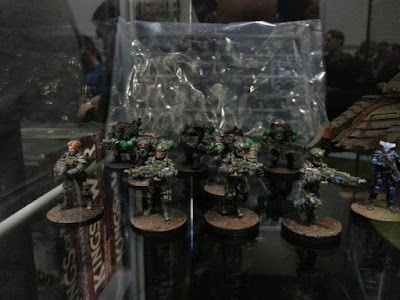 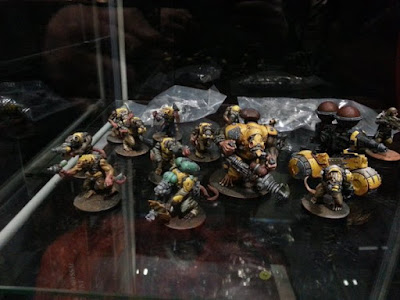 Could that also be some of the new Enforcer Pathfinders mixed in with the other enforcers? 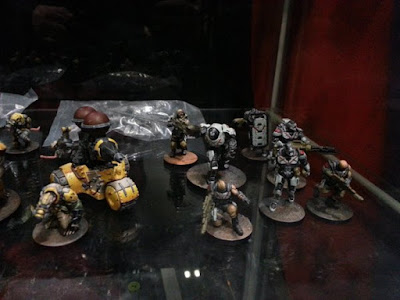 Because it is all fun and games . . .
Deadzone Mantic Salute Warpath