August 08, 2015
So what is different about teaching Kings of War at Gencon vs. Origins?  Size, pure and simple.  Gencon is significantly larger - and will only give me half a table for each demo - so things are a little crowded.  Not in the room to play the game, but just squeezing everyone together.

With the larger size comes more people!  I held 10 sessions with 12 seats each.  The day before the show started all sold out.  Of course this did not mean everyone showed up, but overall I had 106 people learn this game in 53 games over the four day convention.  It was a bit frustrating when I had fifteen people show up for one session - one ended up leaving while the other two extra doubled up with a friend.

I had help from my son Jon, as well as my local players Kara (current reigning US Champion) and Amy with the games.  I did manage to actually still have a voice at the end of everything, and that is a bonus! 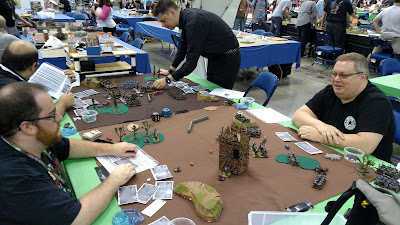 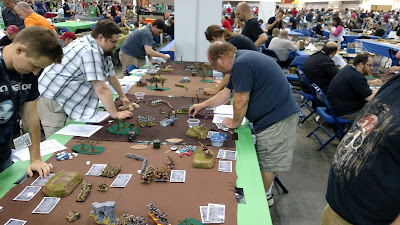 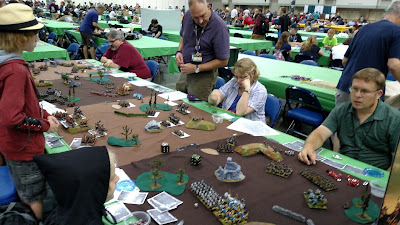 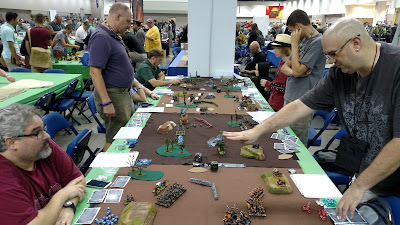 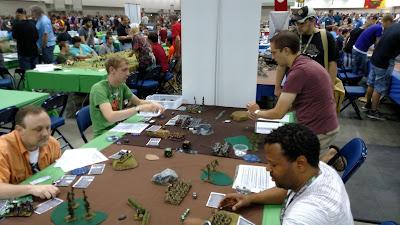 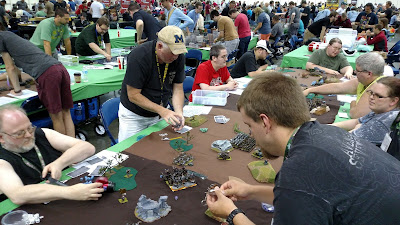 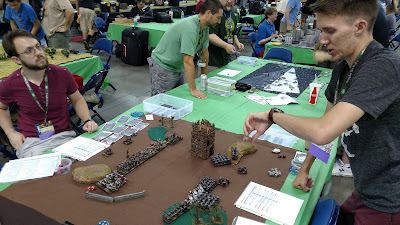 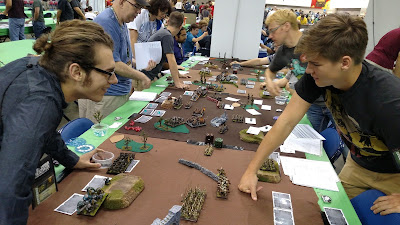 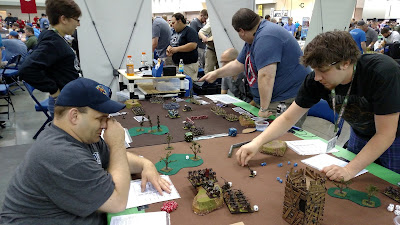 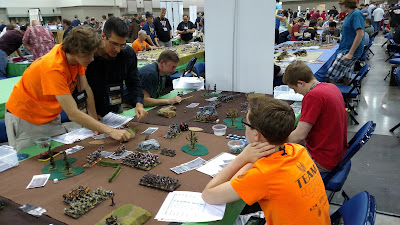 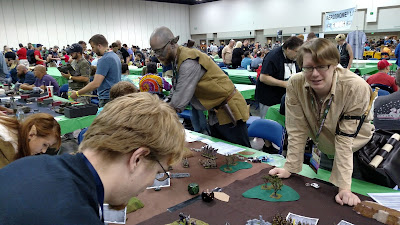 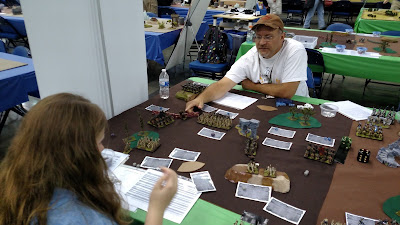 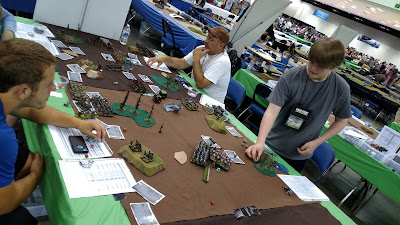 Overall the players enjoyed the game, and many were excited about the upcoming release of the 2nd edition rules!
conventions Gencon Kings of War