July 25, 2015
I'd been playing an all goblin army for a while, so when GW introduced the Ogre Kingdoms I jumped right on it, because I wanted an army that could actually hit something in combat.  I purchased the army box right after Christmas and managed to get an army painted in time for a tournament at the end of January.  I've expanded on the army, and when they got a new version then they finally COULD hit something, and became a quite popular army.

This was my least 'themed' army - really the only thing tying anything together is they all have the same tattoo of the Great Maw with flames behind it (I named them the Fire Eaters).  Of course when the Firebelly model came out I had to have one.  I even have the three Forge World Rhinox Riders before they were really good (as Mournfang Cavalry).  I never finished painting my Stonehorn model though, as I was moving on to my next project when it came out (the Drunk Dwarfs). 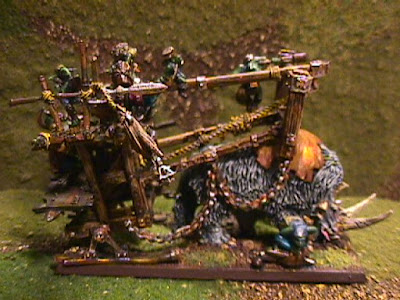 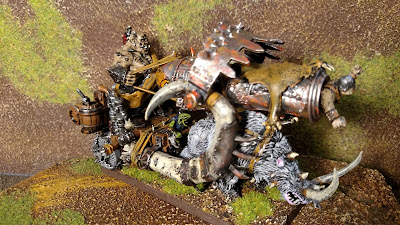 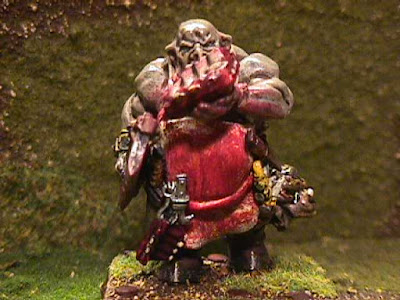 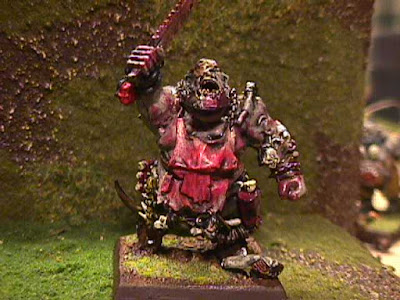 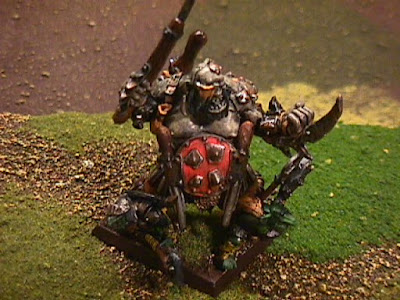 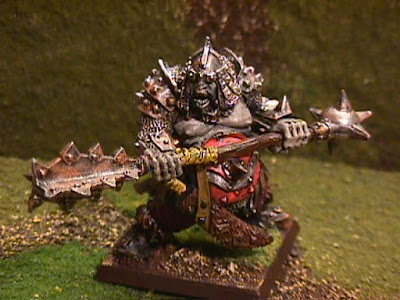 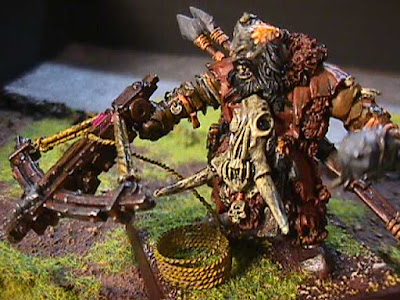 I actually still have a few models left over as well.  Most of these are simply extra models that don't fit in with the Kings of War unit sizes.  Some were already obsoleted by the 8th edition army book. 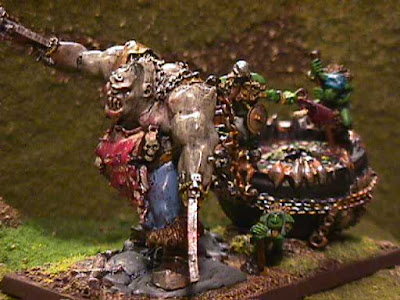 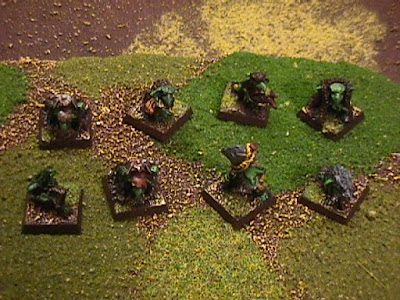 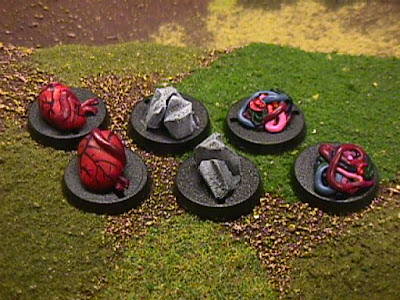 Ok, so the last few pictures were more to show off the old minis, but hey, it's my blog and I'll boast if I want to. :-)