March 01, 2015
Being a Mantic Pathfinder is not just about getting free figures - it is about trying to introduce people to the games.  I started running demos two years ago because I wanted to promote a fun game (Kings of War) even before there was a US pathfinder program.  And if the program were to end today, I would still be doing demos and tournaments, because I enjoy them, and I enjoy introducing people to the game.

So a buddy of mine put together their first convention - they called it F-Con (F for Friends and Family).  I would actually call this more of a games day - as there were no vendors or exhibits at all, just a bunch of people running and playing games.  It was a private event, as they did provide food for everyone and didn't want to be overwhelmed.  I had a lot of fun, playing a few games and demoing Kings of War for a few people. 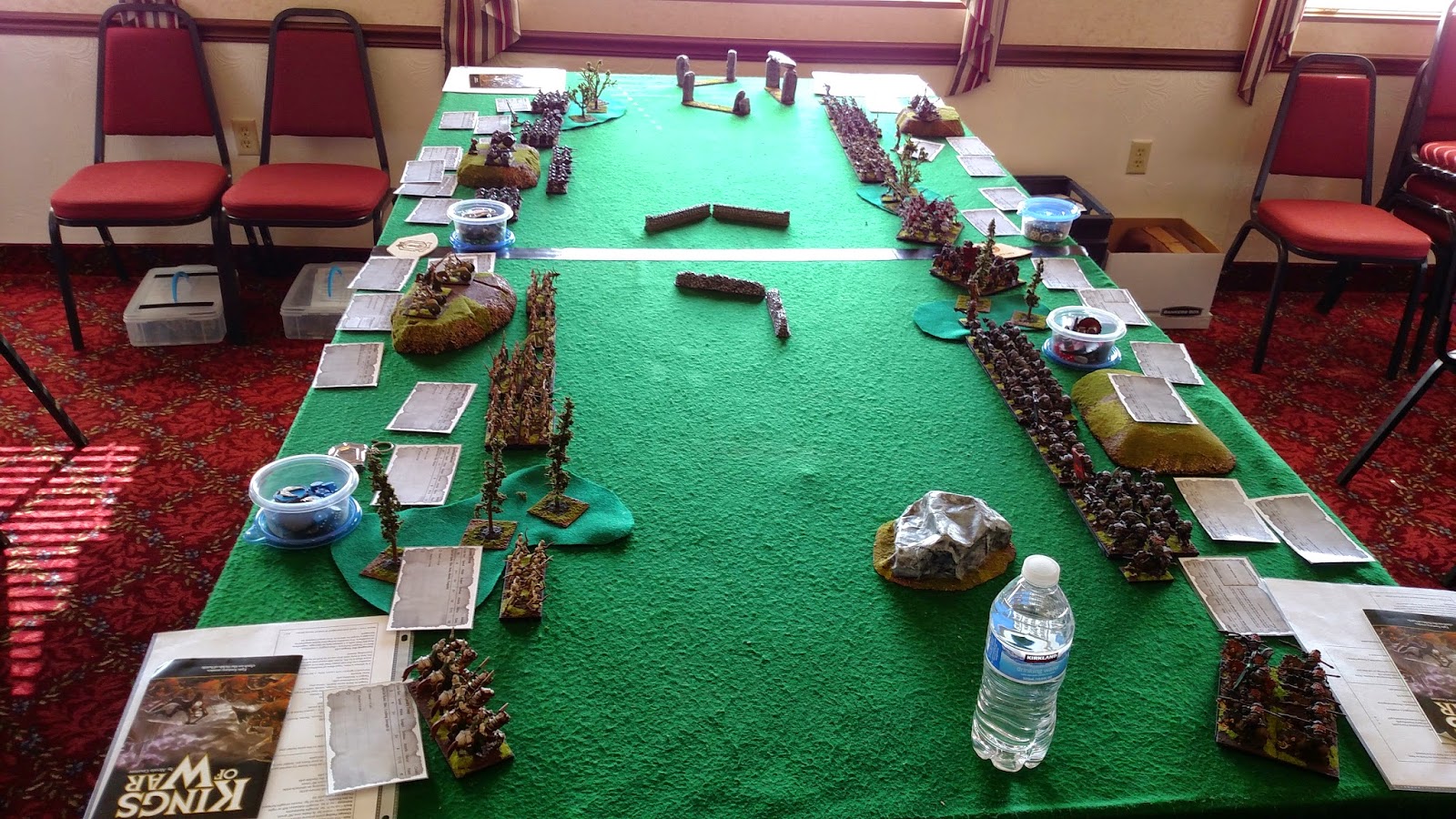 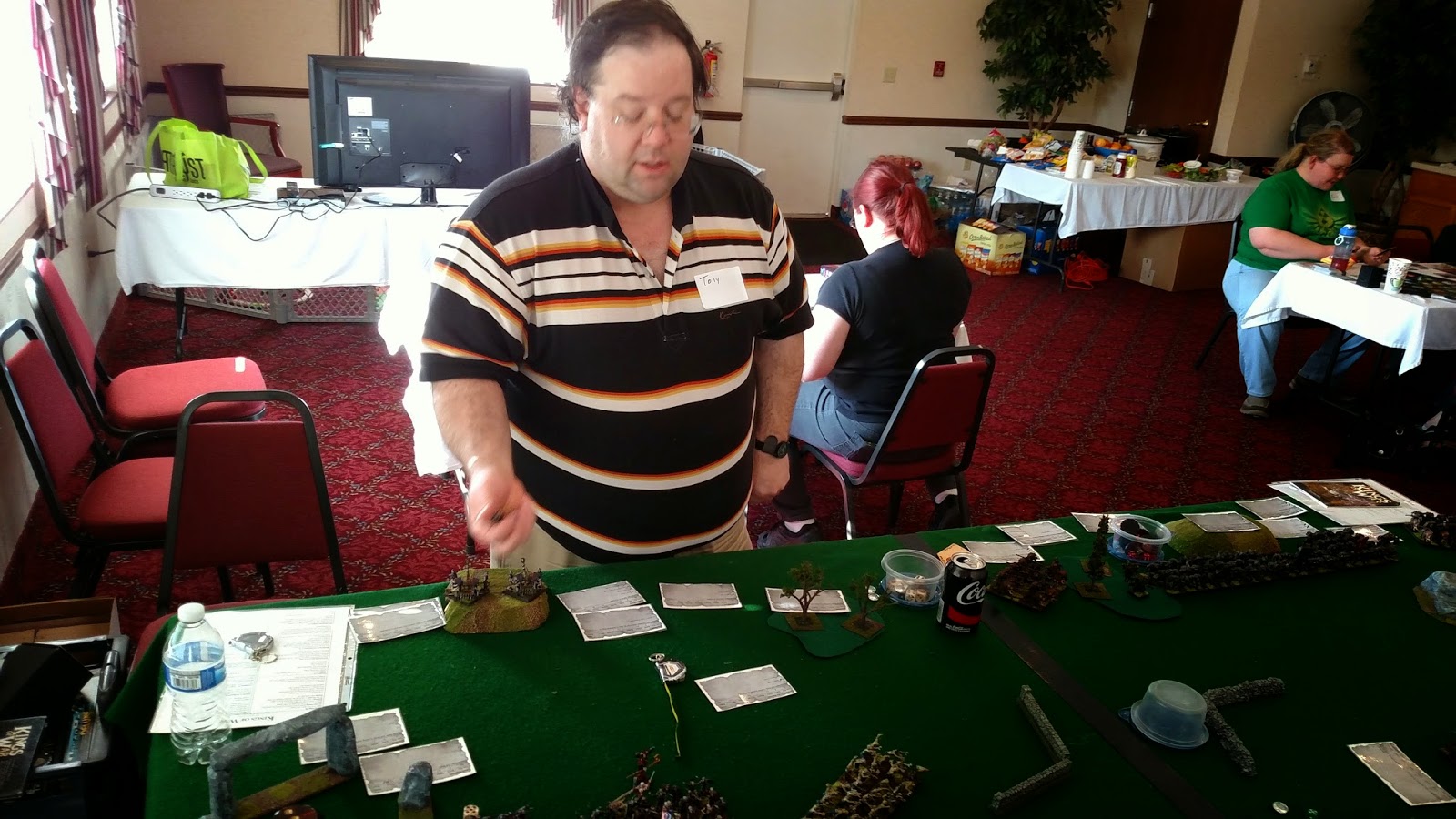 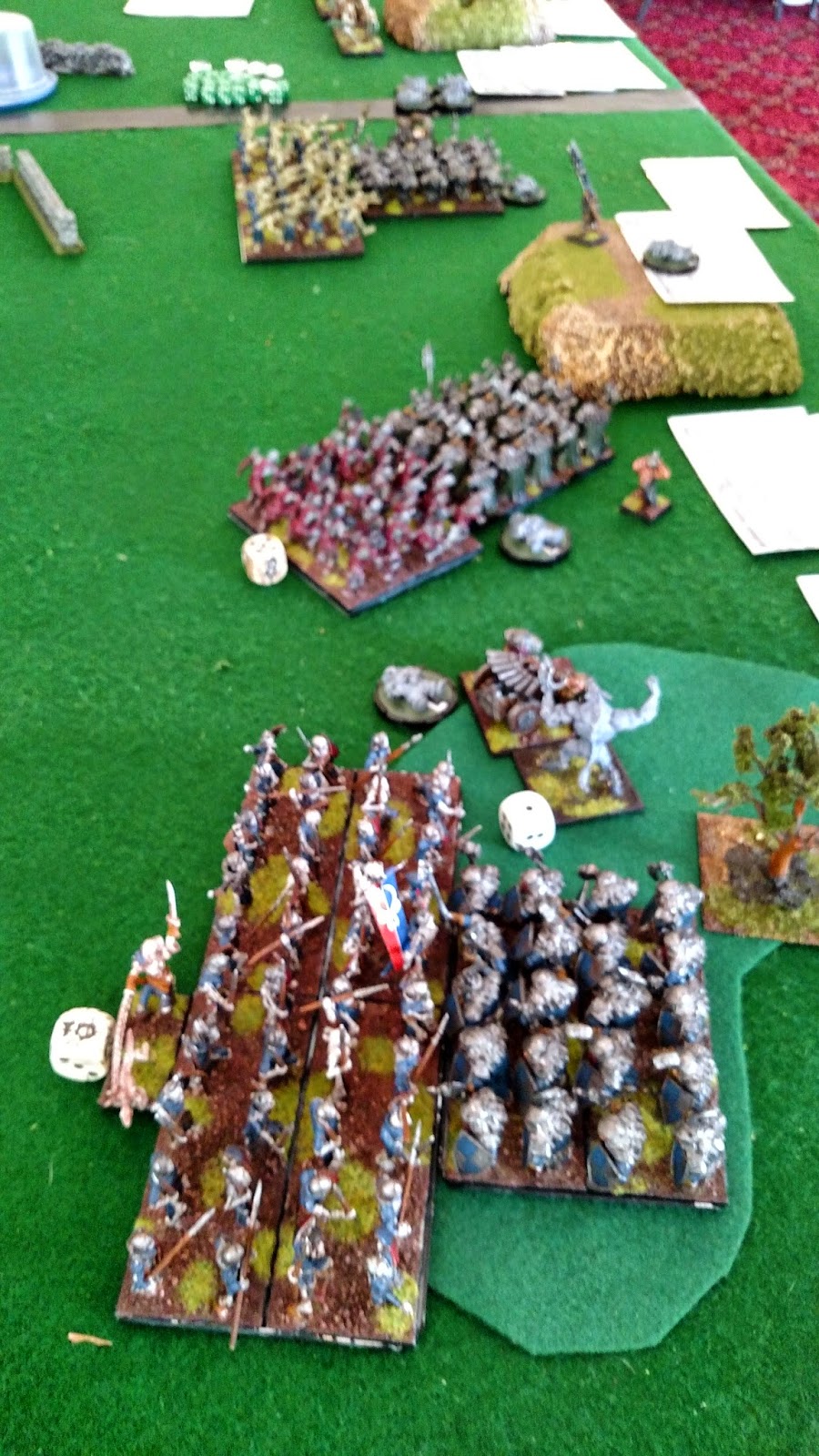