February 19, 2015
It is always about Martians and never about me!  (2 points if you know where that comes from, and a bonus 2 if you know the original (not the more recent parody)).

In my other blog, which I at one time said I was going to convert to gaming and modelling, but never really did, I wrote a post explaining why I liked Mars Attacks! ( blog post ).   In truth, this was motivated by Mantic asking us to post about their kickstart.  But it is still honest.

Well the kickstarter is finally complete.  The last bit, the hardback compendium consisting of all four of the rule books for the game, has arrived.

So I've started painting some martians.  First I started small - painting up the martian dreadball team.  Then for Christmas I decided to get a friend a Dreadball set and paint it up for him, as well as any other team he wanted - which he then picks martians!  So I have 'borrowed' my son's team and got them all painted and ready for him to play (more on the Dreadball League to come). 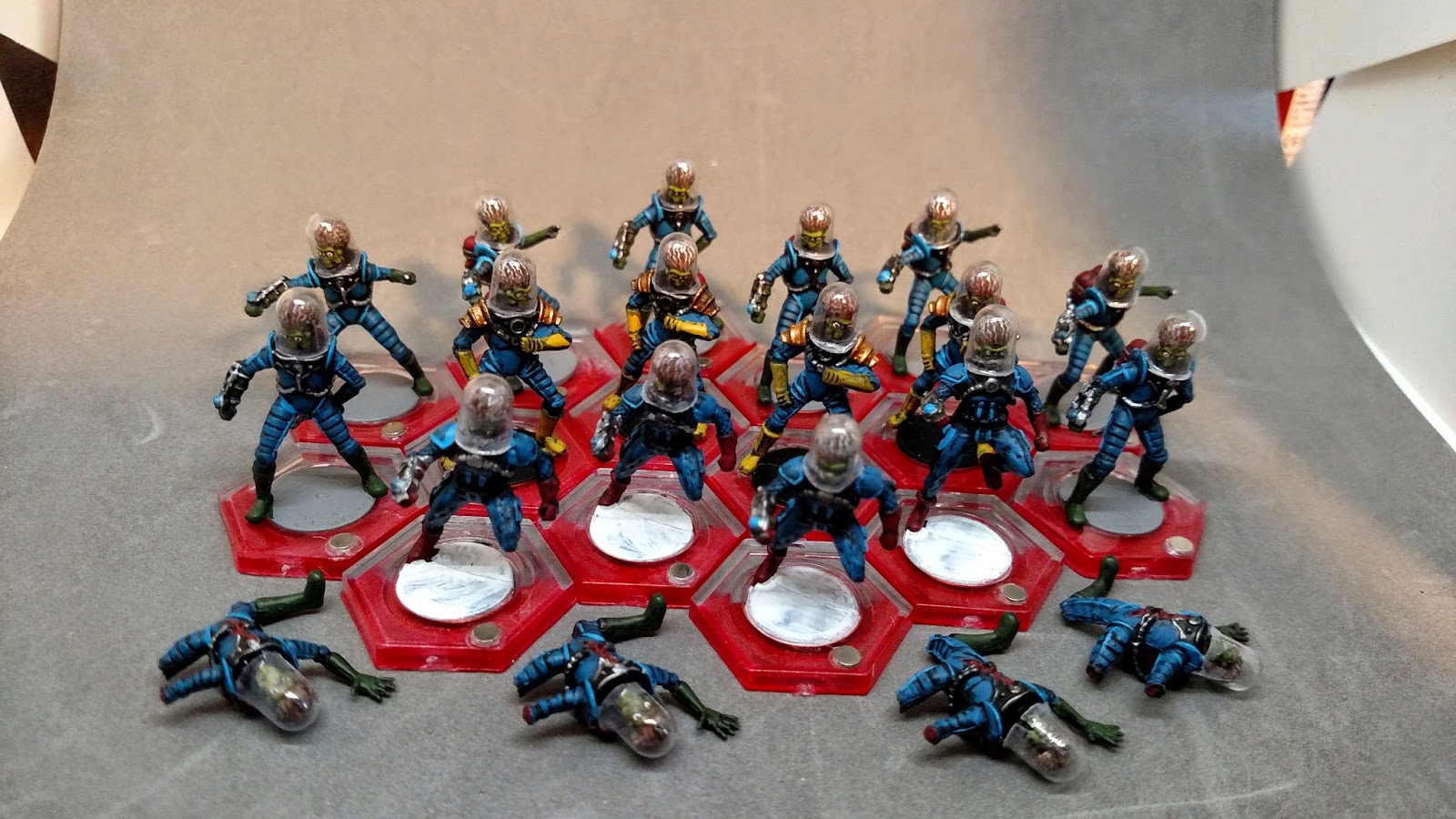 When I did the first half, I used my airbrush (which the previously mentioned friend got me for Christmas in 2013, and I had only used a tiny bit so far) to do the base coat.  When I started the second half, it occurred to me that the dreadball team was basically grunts, marines and stealth martians.  Now I didn't want to paint the strikers as stealth martians, but all the rest would be very similar.

So I pulled out all the grunts, marines, and other 'base' martians (still have the stealth, science division ones to go - but I didn't want to confuse them).  So I airbrushed them all, teaching myself a bit more about how to use the airbrush (and realizing that yes, I have 3 brushes, and they are different.  It is amazing how much faster it went once I switched from the detail brush to the larger one :-) ).

So these aren't finished - they still need the metal painted on them, shading and highlighting as well as some of the details for the special ones (like the zombie and Martian Judge Dredd), but it is a work in progress.  A bit of a task doing 37 at once, but at least I'm finally getting some paint on these. 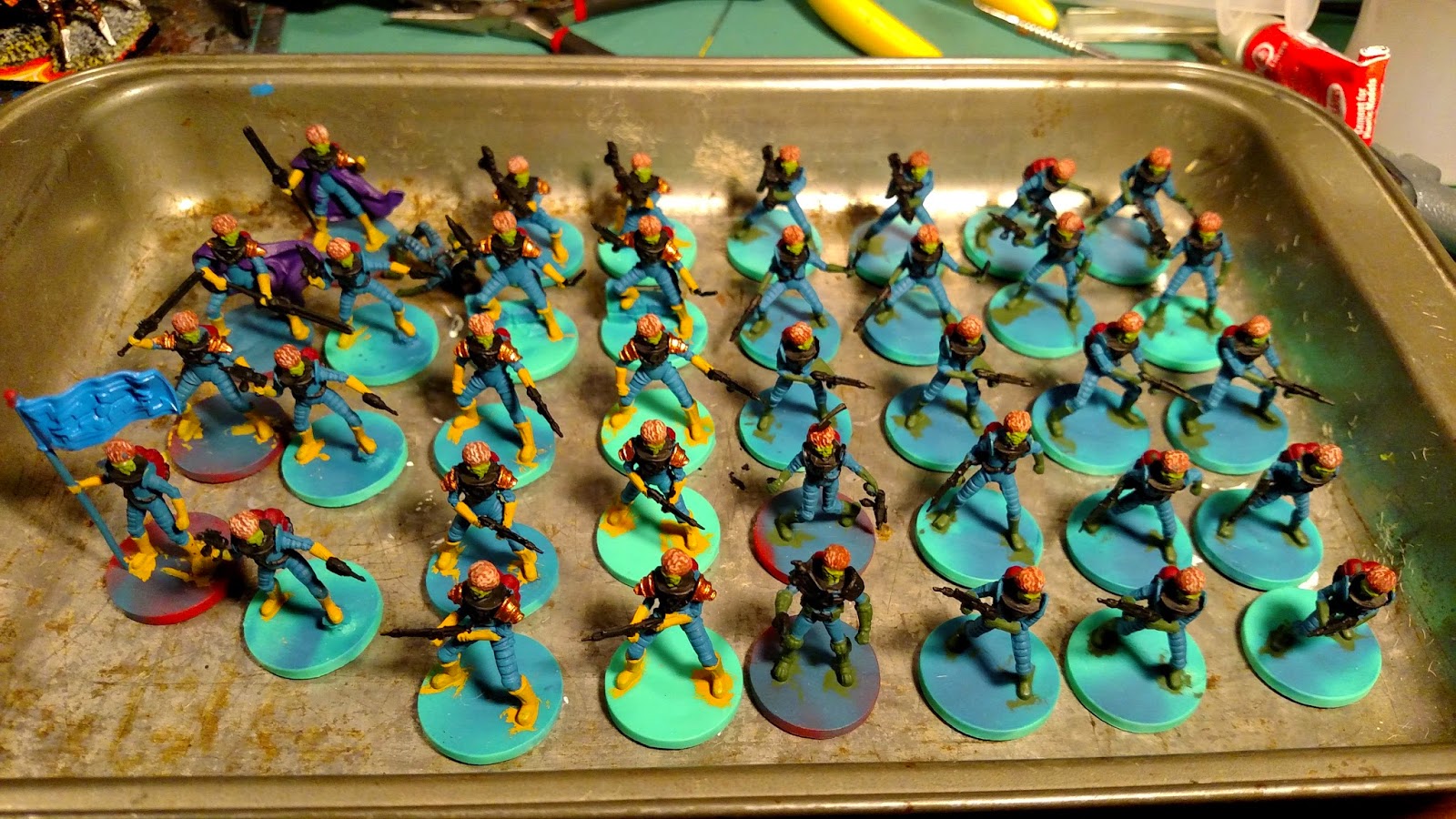