December 31, 2013
A quiet week - only a few of us showed up due to the holidays. My ogres finally achieved a victory against Alex's undead horde of skeletons by getting a rear charge on them. 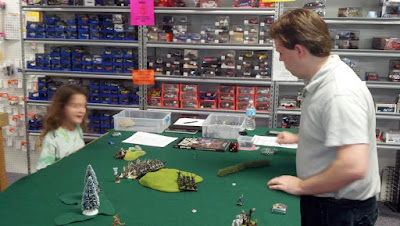 Alex was undaunted though, as she came back and defeated Jerry who played my Goblins (since his orcs still haven't arrived yet) in a very close game. (and I didn't blur her face - it is just hard for 9 year old girls to stand still :-) ) 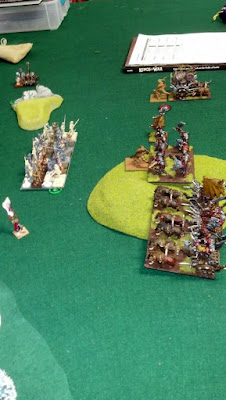 Beth worked on her KoM army, and Eric and I talked about air brushing (since I got three airbrushes and a compressor for Christmas). Rusty couldn't make it because he was building a game table in his basement - which looks to be getting broken in tonight as he, Beth, Keith, Kara and Amy all plan to get the rest of their games in as they prepare to ring in the new year. 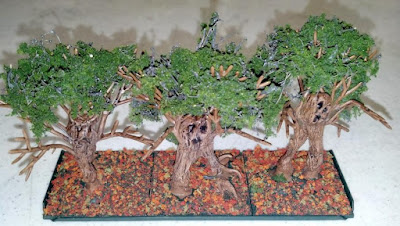