March 01, 2014
Now that I've got my escalation league armies (all three of them) complete, I finally had the time to paint up my Dreadball team. I like the nameless simply because they don't have jacks - and I just don't care for jacks. Yes they can do anything, but nothing well. So I looked for a team of just Strikers and Guards, and liked the nameless.

Nameless team. Yes, I need a good name I like for them. 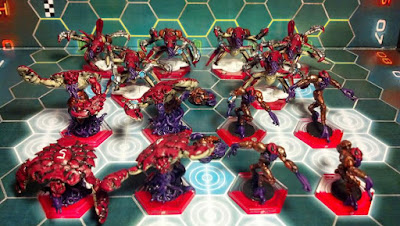 Hard Guards. I did a minor conversion with the booster pack, so that the keeper is the exact same model as the guard he upgrades, just with the dreadball glove. Fairly easy to do, just switch the metal keeper arm with the plastic arm. I actually got two keeper arms for the hard guards instead of one keeper and one guard - but it was a fairly simple process to cut off the glove, make a mold of the correct arm, then use greenstuff to recreate the arm - the same way I did my fleabag riders feet for KoW. 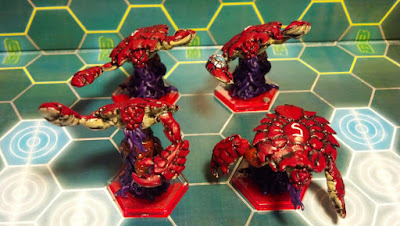 Sticky Guards. I did the same arm swap for these as well. The Guard/Keeper has the same number on both figures 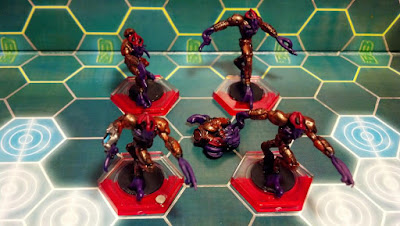 Strikers. I tried to position them so they didn't hang over the base quite so much. I also added magnets to their bases to hold the ball (same with the keepers). 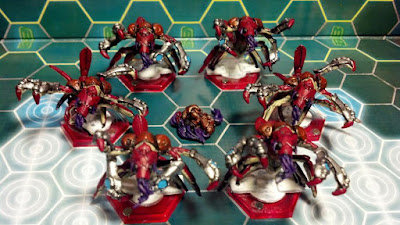