February 18, 2014
Once again the Ohio weather has given the big finger to anyone wanting to get out of their houses on a Monday evening - a whopping four people showed up for league night. Jon got in a game against Jerry's orcs, and while tight it was a definite victory for Jon's undead. 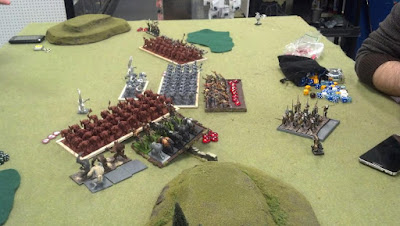 I'm going to extend the playing time by two weeks for everyone, since it has been so hard to get in games in February. Plus for some reason a lot of people have had difficulties deciding on what they want for the last 250 points.