Despite the bitter cold, we had a great turnout for the last week of this month - probably because so many people needed to get games in. Unfortunately this is getting more and more difficult as the armies get bigger and the games last longer. However we did get in six games, so that is great!

The evening started off with Jon's undead thoroughly taking apart my Ogres. 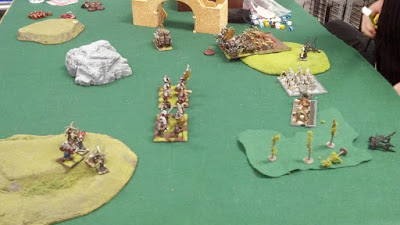 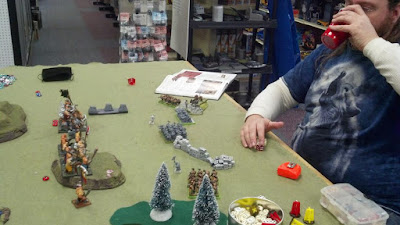 Then my goblins managed to get another win against Keith's elves. 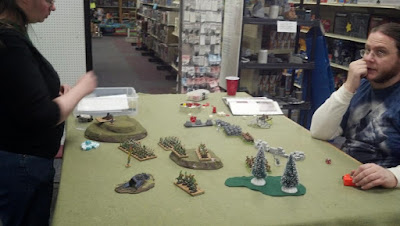 Kara's Basileans put the smack down on Amy's dwarfs. 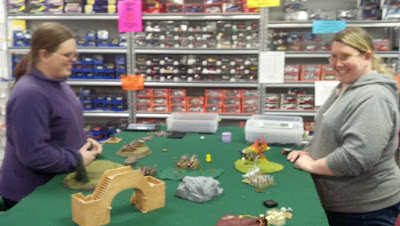 It was the final battle that got everyone excited, as Alex went up against Jon in an undead vs undead battle, and came out soundly victorious - handing Jon his first defeat (however it was his third game for the month, so did not count against his score). 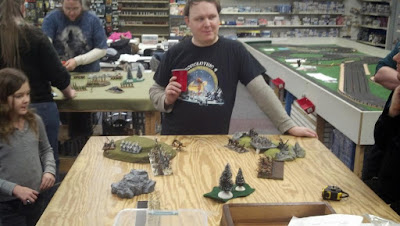