December 10, 2013
I am trying to post everyone's models, not just mine. So here are Jon's werewolves and wraiths. 250 pts all DE 6 is pretty hard to handle. Unfortunately his army box didn't get here in time to field much of anything else - the wraiths came in and he bought some of my werewolves that I had from the kickstarter but that was pretty much all he had to get started, not realizing how tough they were!

For the werewolves, he used static grass to add more fur to them, getting a nice matted look to it when he painted it. 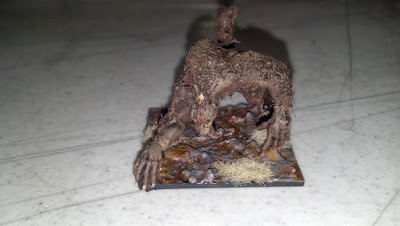 He has really been working on his bases, getting a nice swampy look to them. 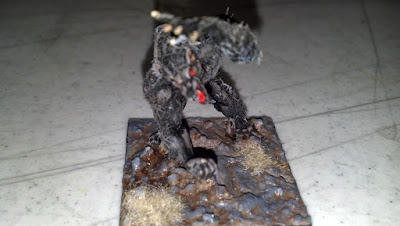 I really like using the empty cowl for the head on the wraiths along with the scythes and wings. He is starting to get where some of his conversions rival mine - which since he's my son I have to be proud of, though I don't want to be competing against them! 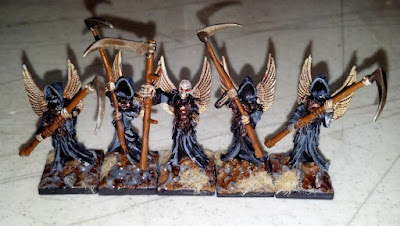