November 26, 2013
So for the final league meeting of the month we had a bit lighter turnout - but then it is a bit hard to compete with the Dr. Who 50th anniversary special in 3D at the theater - geeks will be geeks!

Five more games were played, and five more armies were completed (ok, two of these were mine).

So far it looks like only one person is a complete no show, and a second close (has a game in). Pretty good so far. Plus Jim did confirm he is doing two armies as well.

Everyone has until the end of the month to get me pictures of their army (if I don't have them) and their games in - which it looks like of the regular players only two need one more game - and since they live in the same house (being father and daughter) that shouldn't be hard for them to do.

Donny's ogres - look like they need to lose some weight to me :-) 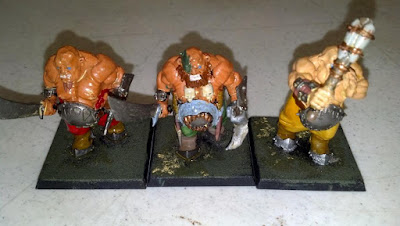 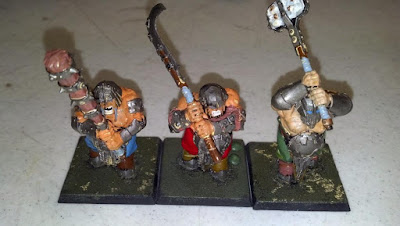 Eric finished another shieldwall unit, and a trebuchet for his Kingdoms of Men 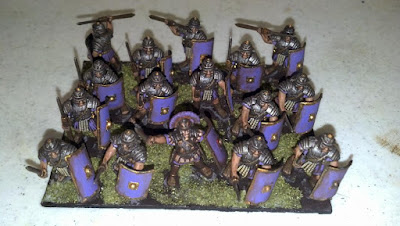 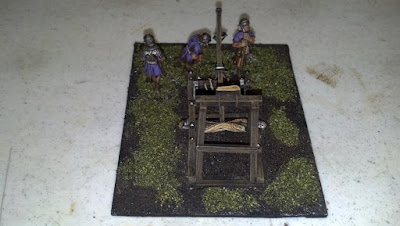 Kara and Amy are surging ahead on painting - they almost have their additional models for December already done! Kara wants to do amazons for her Men at Arms - looking forward to seeing those! 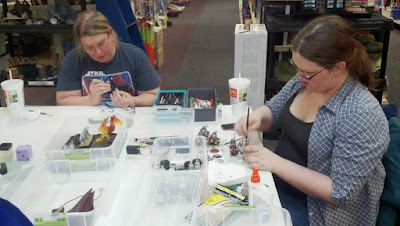