October 29, 2013
Wow. I can only hope that the enthusiasm keeps up at this pace. We know have a total of 15 people signed up for the league, building 18 armies (I'm doing three, and Jim is building 2). For the 2nd informational session we had 11 people there - it was great. So of course I brought 6 of my demo armies, and everyone was instead there to put together models, so not a single Kings of War game was played :-). 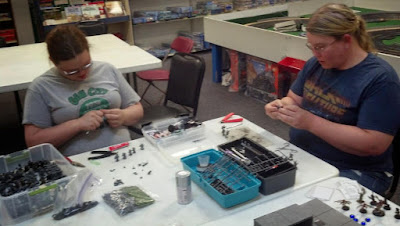 However Josh and I did get in most of a game of the Beta rules for Deadzone on the great board he had built. The enforcers were kicking but - I couldn't believe the number of 8's I kept rolling (on almost every shot). If you concentrate your fire on the big guys, then you don't have too much of an issue surviving the little ones once they get there. 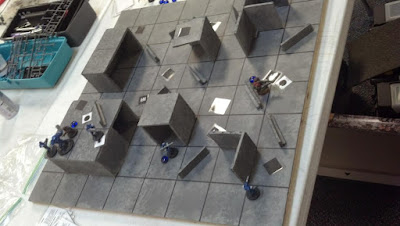 So really looking forward to things actually starting next week!

Because it is all fun and games . . .
Reactions:
#ManticBlog