January 07, 2012
Unfortunately it has been quite a while since I've been able to either play or work on any of my armies. However a friend of mine is running a tournament on January 7th, so I figured I had better get the boys back out.

However this is actually 2400 points, and I only had enough for the 2250 pt tournaments I had played in before - so that means more models! (Well, and upgrade my general to a Lord as well).

So with the fantastic new Mangler Squigs out, I knew I had to have one (unfortunately with the giant and arachnarok, I can only fit in one).

I figured that a day at the beach is not complete without somebody bringing along a beach ball to throw around. Of course once the sqigs see it, they tend to change the game a bit. 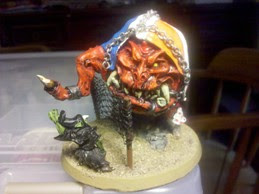 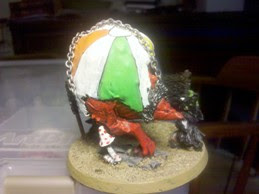 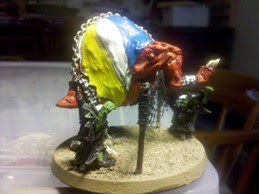 Well, for the tournament tomorrow, we need to bring one special model. In the first scenario, you pick one infantry model and promote it to a messenger and try to get it off the board. In the second scenario, the messenger returns, but has been mutated by chaos into a chaos spawn. So each player has to bring a model on a 40mm base to represent the spawn. I forgot about this until two days before, so when I tried to think of something to have my goblin mutate into, I got the idea of doing an Incredible Hulk tribute - kind of a "Whose the Bully Now?". So a goblin exposed to the radiation of the chaos wastes - well you wouldn't like him when he is angry. 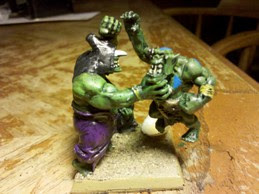 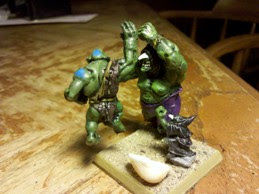 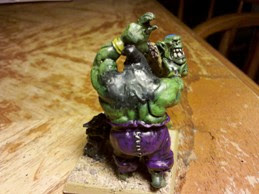