November 28, 2016
Mantic held another semi-annual open day this past weekend (same as last year, the Saturday after Thanksgiving).  Usually I'm jumping all over pictures trying to share them - but this year there didn't seem to be much.  I think that the big reveals all came out last week before the open day.

It seems the cabinets were mostly filled with existing releases.  There were some new Star Saga and Walking Dead sculpts however.  In addition there are some pictures Mantic has put up on their Instagram feed.

First the Walking Dead: All Out War

First is a painted version of Brian 'the governor' Blake - from the "prelude to Woodbury" single player starter.  I wasn't impressed with the pictures of the unpainted mini - but the studio paint job really makes him look like the character in the comics. 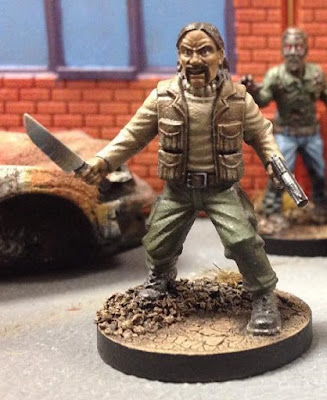 There are some renders of the retail exclusive Michonne, with her two walkers as well as a painted up version of everyone's favorite badass with a Katana! 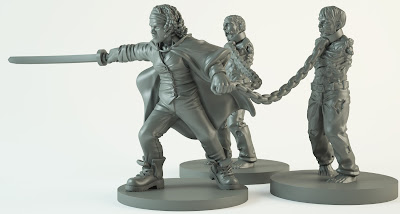 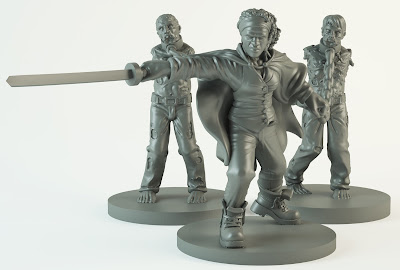 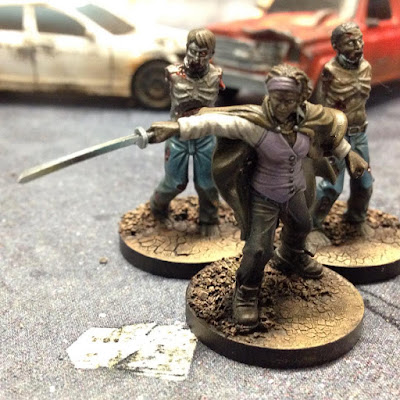 They did have the minis for 'handless' Rick and a much better pose for Negan painted up as well. 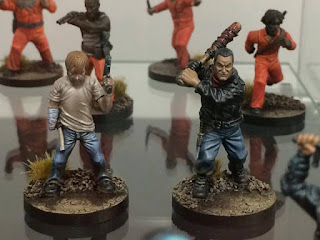 The 'mutilated' governor (after he has a little run in with Michonne) was also on display - this sculpt is right out of the comic! 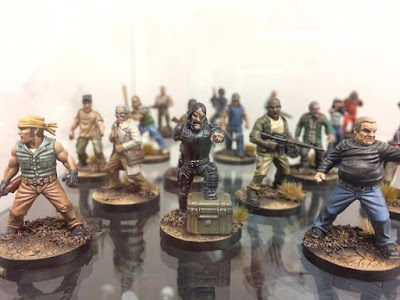 I don't play the Telltale Games Walking Dead game, but apparently there are producing a version of Clementine from it 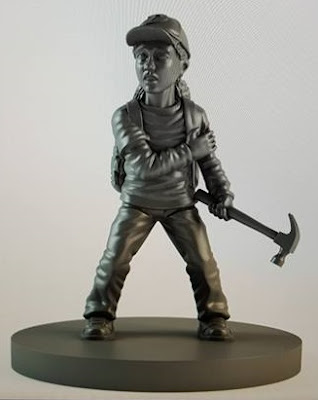 This is from the instagram feed - and I really look forward to Ezekiel and Shiva coming out. The only other new stuff that I could find any pictures of were some painted up models from Star Saga.

Some of the mercenaries 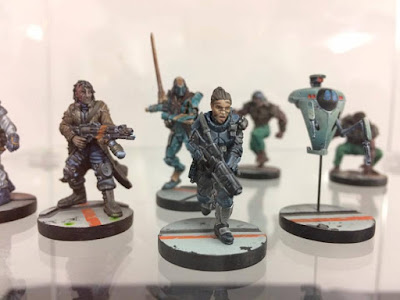 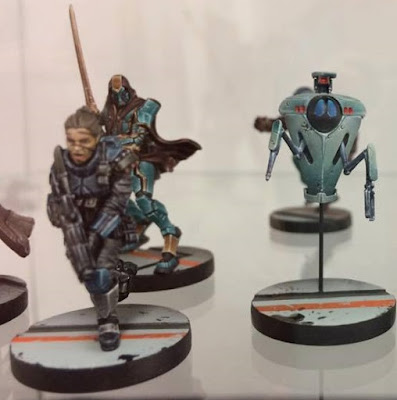 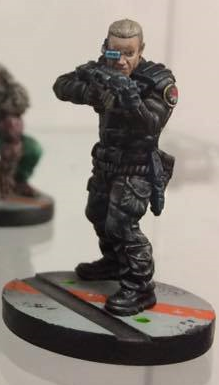 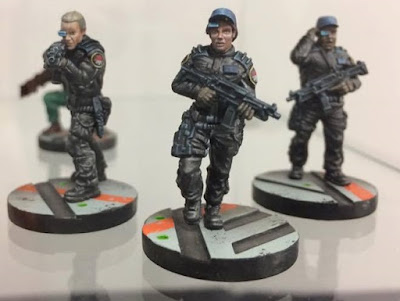 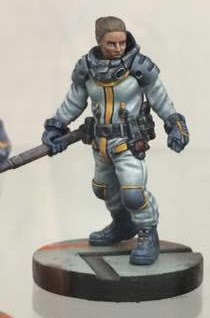 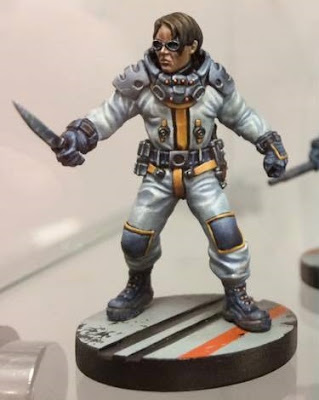 If you don't want to watch the video (or cannot get to it)  - I did save (i.e. stole from his facebook post) Nick's summary of the session


There was a huge King of War game going on, and lots of pictures of that were posted on Facebook. But new, exciting reveals - well you can tell how excited I am about any of them because I was able to wait until Monday to post them instead of getting them out as quick as I could.

Because it is all fun and games . . .
Kings of War Mantic Star Saga The Walking Dead